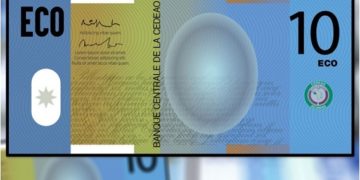 Why Francophone West Africa must take lead in ECO adoption

Why Francophone West Africa must take lead in ECO adoption 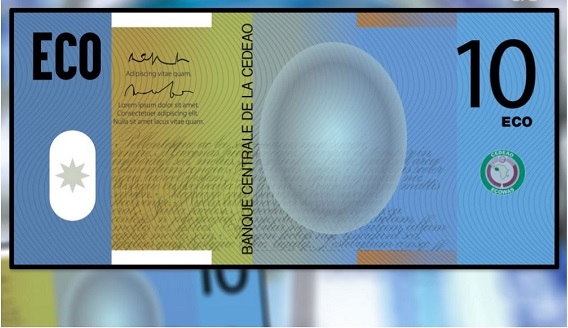 The proposed single currency named Eco for the West African sub-region is being pursued by member states in the hope that it will promote trade and economic growth.

The acceptance of the Eco would however bring an end to the use of the CFA by members of the West African Monetary Union (WAMU), namely; Benin, Burkina Faso, Cote d’Ivoire, Guinea-Bissau, Mali, Niger, Senegal and Togo.

Under the West African Monetary Union, the French Treasury holds 50% of foreign exchange reserves and the CFA is printed by France.

Also, the European Central Bank (ECB) determines the value of the currency and exchange rate as well as other monetary policies.

Though many critics argue that this system allows France maintain a level of control over its former colonies, WAMU also enables member states to enjoy unlimited convertibility of the Franc CFA into euros and a level of currency stability.

But an African banking expert and for second deputy governor of Ghana’s central bank, Dr. Johnson Asiamah has said that Francophone West Africa should lead the pack in the adoption of common ECOWAS currency.

He told Accra-based Starr FM that “if the central bank of France says you can have your international reserves, the francophone bloc can actually start on 1st of January 2020. They already have a regional central bank in Senegal, so they are ready.”

When asked whether the French government would be willing to give up its stake in the 8 member monetary union, Dr. Asiamah expressed optimism saying “It’s about lobbying, it’s about striking some compromise at the end of the day. It is about how much they are able to convince France to come along.

But I don’t have much skepticism in that, for me, it is whether, they’ll be, they’ll be ready to let go off their international reserve so that we can have, an Eco that does what we want it to do.”

Implementation of the Eco has been postponed five times since it was first introduced in 2003 because none of the ECOWAS member states have been able to fulfil the 4 primary criteria to adopt the currency.

The criteria consists a single-digit inflation rate at the end of each year; a fiscal deficit of no more than 4% of the GDP; a central bank deficit-financing of no more than 10% of the previous year’s tax revenues and gross external reserves that can give import cover for a minimum of three months.

Past experiences have therefore produced many sceptics who doubt this time, there will be a successful launch of the currency.

Contributing to the discussion, commissioner in charge ECOWAS micro economic policy, Dr. Kofi Konadu Apraku noted that the European Union approach will be adopted to ensure the 2020 target is met.

He told the Ghanaian based World Today Extra radio show that that “What makes it different from the past experience is that in the past, the expectation was that all countries will meet the convergence criteria before we establish the currency.

This has however been revised; the idea is now the gradualist approach, members will join as and when they meet the criteria. That was the same procedure adopted by the European Union.”

Dr. Johnson Asiamah also believes member state governments should set up strategy teams to ensure that maximum benefit is gained from the adoption of the Eco.

Acknowledging the presence of technical people at Ghana’s central bank and finance ministry, he added that ‘there needs to be a strategy team in each country. The idea is to ensure that their country maximizes, from such an endeavor.”

If successfully implemented the Eco will promote economic integration and facilitate trade in the sub region.

However, a major drawback of the common currency is that countries like Ghana and Nigeria will no longer be able to implement independent monetary policies as currently is the practice.