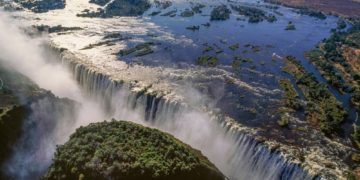 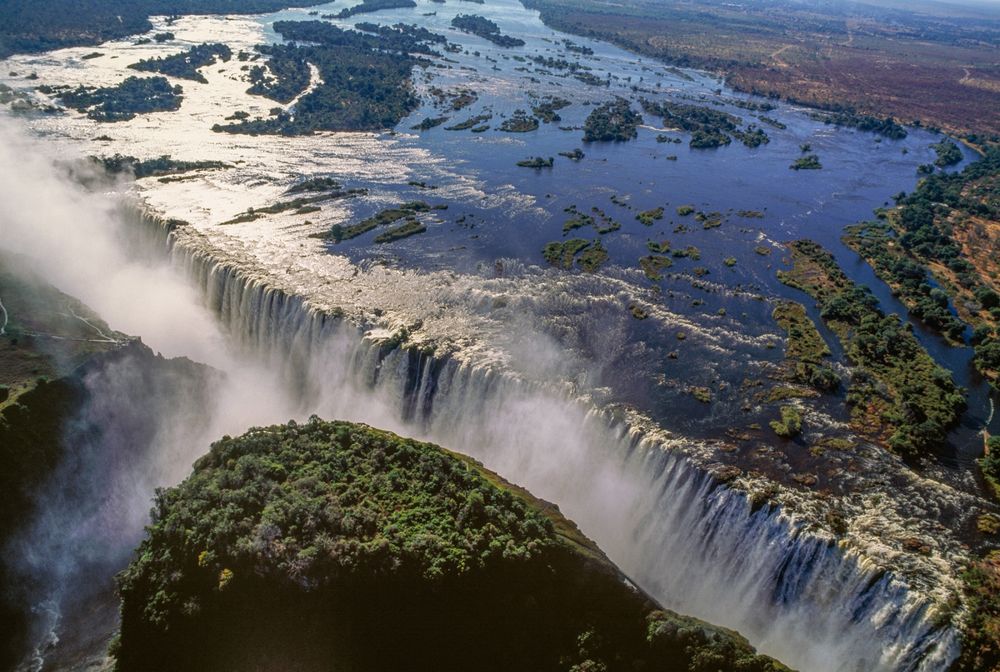 The flow at the Africa’s biggest waterfall is at its lowest since 1995, highlighting the threat posed by a drought to tourism and electricity generation in Zimbabwe and Zambia.

Flow has slumped to 109 cubic meters-per-second (3,850 cubic feet) at Victoria Falls, a 1.7-kilometer (1.1 mile) curtain of falling water at the peak of a normal wet season, according to the Zambezi River Authority.

The falls on the Zambezi river straddle the border between Zimbabwe and Zambia and the flow of the watercourse fills the Kariba Dam, the site of the two countries’ largest power plants.

The drought threatens to deter tourists from visiting the site, could curtail a lucrative white-water rafting industry in the gorge below the cataract and may see the power plants at Kariba shut down, worsening power cuts in both countries.

Elephants at nearby game parks are dying of hunger, further damaging the tourism industry.

“Some of the tourism products that we boast of can be a thing of the past if climate change and global warming are not quickly addressed,” said Godfrey Koti, a spokesman for the Zimbabwe Tourism Authority.

This year’s paucity, which has left Kariba 15% full, has already cut power generation at the Zimbabwean plant to just over a tenth of its usual output.

”We are dangerously close to a level where we have to cut off power generation, “ Mthuli Ncube, Zimbabwe’s finance minister, told lawmakers in Victoria Falls town on Thursday.

Rains in Zimbabwe normally begin in November and end around April.

DR Congo to proceed with $14b Inga dam despite row