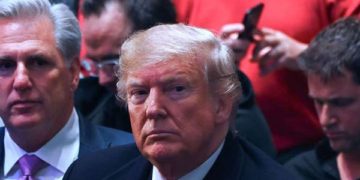 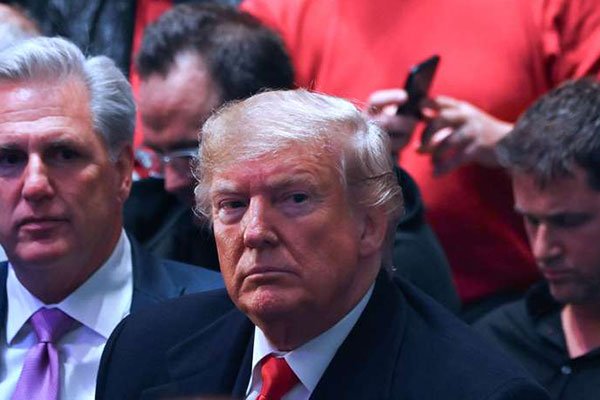 US President Donald Trump was loudly booed on Saturday for the second time in a week at a sporting event as he attended a UFC fight in New York.

Trump, wearing a dark suit and a red tie, pumped his fist and waved at the crowd as he walked into the city’s iconic Madison Square Garden arena on Saturday night.

There was no repeat of the loud chants of “lock him up” that greeted Trump when he attended a World Series baseball game last weekend, but loud jeers rung out.

Many mixed martial arts fans also clapped and cheered as Trump took his seat just 15 feet from the cage where the UFC was set to award the “BMF” belt.

Several dozen protesters carrying placards with slogans such as “Trump/Pence Out Now!” and “Headlock Him Up” demonstrated outside the 20,000-seat venue as Trump arrived for the pay-per-view spectacle.

The president, 73, looked on in concern as lightweight Kevin Lee delivered a vicious left kick to rival Gregor Gillespie’s face during the first bout on the main card.

The contact, which left the fighter sprawled on the ground for around 30 seconds, drew loud gasps from the capacity crowd as they watched the slow-motion replay of his face being squished.

Trump could be seen clapping in support when Gillespie finally got to his feet.

The president was attending the fight night with sons Donald Jr and Eric.

Jorge Masvidal and Nate Diaz were due to slug it out for the “BMF” belt later Saturday.