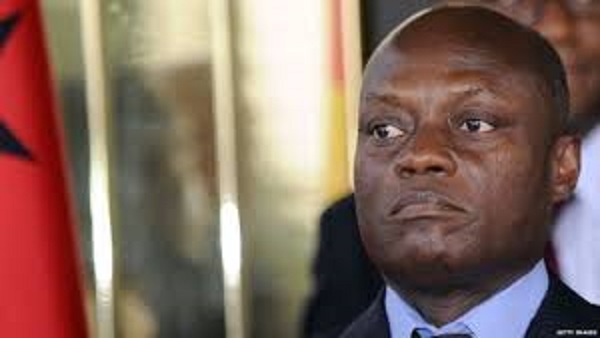 Guinea Bissau’s incumbent President Jose Mario Vaz has failed to advance to the second round of voting in presidential election, finishing in a distant fourth.

Results announced on Wednesday rather put two former Guinea-Bissau prime ministers in the lead. They would contest the presidential run-off vote.

This is because neither top candidates passed the 50% required to win the presidency outright.

“The elections were just, free and transparent,” Pereira, 56, told reporters. “We are satisfied with the results. I salute Umaro Embalo Cissoko, my second round opponent, whom I respect.”

“I will win the second round and will lead a crusade against drug trafficking and corruption,” he said.

Guinea Bissau has experienced nine coups or attempted coups since independence from Portugal in 1974.

In 2012 there was a military takeover and should Vaz completes his term, he will be the first president to do so.

Mr Vaz, 62, has been in office since 2014 after a tight presidential contest that he won in a run-off.