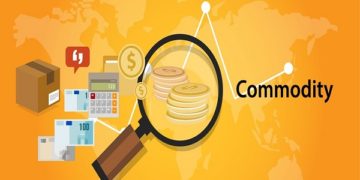 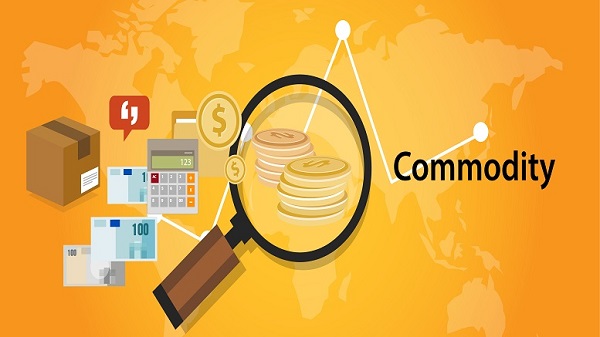 Looking to get into commodities trading? It’s a smart idea. While many traders stick with stocks and bonds, commodities give you the chance to diverse your portfolio while at the same time reducing risk. It’s win-win.

Now is a good time to make a start, too, with energy commodity prices sitting 1.4% higher than they did a year ago.

What Is Commodity Trading?

Usually traded in the primary economic sector, commodity trading often involves the buying and selling of future contracts, although it’s common to also trade derivatives and to indulge in physical trading, too.

Forex scams in Africa and how to avoid them

Commodity trading involves trading physical substances day-to-day, such as agricultural products, gold and oil. These are often traded via the aforementioned future contracts on an exchange. A future contract obligates the holder of the contract to purchase or sell the commodity in question at a fixed price on a set delivery date at some point in the future.

That said, future contracts vary in terms of their specifics. Exactly what is drawn up in the contract depends on the commodity you’re trading.

Moreover, commodity trading also includes spot commodities, such as Nat Gas, crude and Brent, and these are available for immediate trade.

The two most typically traded commodities are oil and gold, with gold holding its value for decades. Other popular markets include:

To make money as a commodity trader, you need to react fast during market-moving events. For example, a natural disaster such as a hurricane can alter a variety of commodity markets all at the same moment. It could destroy orange crops and sugar, which then sends the prices soaring as their supply is reduced.

The same natural disaster will also affect lumber now that new houses are needed. Its price will also rocket as the demand for supply increases.

As such, as a commodity trader you need to be watchful of these kinds of events and react quickly so that you make a profitable trade, knowing when to be a buyer and when to be a seller. A slow response won’t just mean you miss the boat – it will also mean you lose big time if a hurricane wipes out your commodities and you’re still in bed.

One of the reasons why commodity trading is sometimes seen as a way to diversify your stocks and bonds portfolio (as opposed to being your only trading method) is because it does come with limitations. Whereas bond and stock traders can profit from interest and dividend payments, commodity traders don’t have access to such (almost guaranteed) cash flows. Instead, a commodity trader has to be deadly accurate as they predict which direction the price of a commodity will take.

It takes skill to do that but – for many commodity traders – that’s all part of the thrill.

There are two types of commodities:

A hard commodity is usually a natural resource that is either extracted or mind. Oil, rubber, gold and silver are examples of hard commodities.

A soft commodity, on the other hand, is livestock or an agricultural product, such as pork, soybeans, coffee, wheat, sugar and corn. And that orange juice you drank this morning? That’s a commodity you can trade, too.

Sometimes, you’ll see commodities split into three other types of categories instead:

The energy category is made up of gases and oils, such as heating oil and natural gas, while the metal category includes platinum, copper, silver and gold. The agricultural category, meanwhile, includes grains and animals that become food, such as lean hogs (pork).

As the economy changes, new markets open up and new investors can trade new commodities. For example, the London Metal Exchange recently announced that, thanks to the growing demand for electric cars, it will soon launch contracts for the metals that are used in batteries.

Commodities In The Business Sense

If we’re talking in purely business terms, a commodity is any service or good that an investors buys and sells solely based on price. These include all kinds of products, even those that are hard to distinguish from brand to brand, as well as traded commodities.

Coca Cola is an example of a branded product that has a huge customer base, as well as a higher price. Its customer loyalty and high price point is mostly down to a perceived value that consumers have of it; because of its name it’s perceived to be better than its competitors.

And yet here’s the thing: A lower-cost non-branded version of Coke is more of a commodity, simply because it’s bought because of its lower price, but also because it’s hardly different from the other non-branded Coke’s.

Commodities are traded on exchanges, which means no single entity or individual sets their prices. Whenever you see the market price of any commodity – be it oil, cotton or sugar – you’re usually seeing its future market price. Just like an equity security, the futures price of a commodity is determined by supply and demand. If there is more oil available, its price falls. If, on the other hand, there’s increased demand for oil, its price will go up.

Lots of things can affect the price of any one commodity, regardless of the fact that we use futures contracts and prices to trade commodities. Anyone who remembers the Gulf War will know that oil prices were extremely volatile during this period, constantly changing as the war swung one way and then another.

Of course, war is an extreme example. But things like the weather determines commodity prices, too. If the supply of a certain crop is expected to diminish due to bad weather, its price as a commodity to be traded will be affected. These are things you as a commodity trader need to be watchful of as you make your trades.

Then there are upswings and downswings in the economy that affect commodity prices. Gold never got higher than $980 in 2008, but rocketed to $1,854.40 after the recession.

Guinea Bissau's President fails to make it to run-off poll