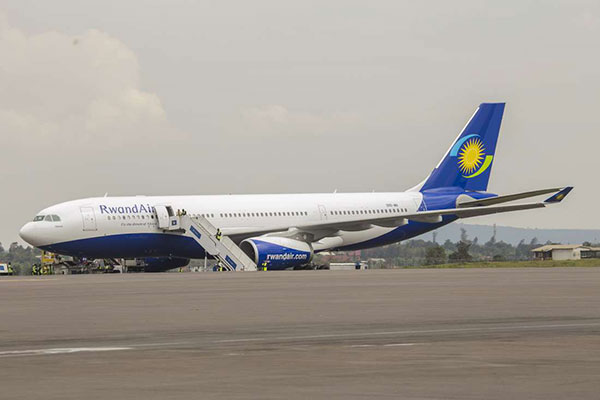 Qatar Airways is in talks to buy a 49% stake in Africa’s RwandAir, and is interested in doubling its holding in LATAM Airlines Group to 20%, its chief executive said on Wednesday.

A stake in an African airline would widen its reach in one of the world’s fastest growing aviation regions, and potentially help it bypass restrictions imposed on it by some Arab states.

“We are very tough negotiators … we will take our time to negotiate,” Qatar Airways Chief Executive Akbar al-Baker told reporters in Doha.

It bought some of its stakes in other airlines since once-lucrative markets the United Arab Emirates and Saudi Arabia banned it from its airspace following a regional political dispute.

Qatar Airways has been forced to fly longer routes to avoid the blocked airspace of some of its neighbours.

The ban does not apply to non-Qatari airlines flying to Qatar. RwandAir could potentially carry passengers from Africa over the blocked airspace to the state-owned airline’s Doha hub without any airspace restrictions.

Qatar Airways agreed in December to take a 60% stake in a new airport in Rwanda.

Baker, one of aviation’s most well-know executives, also said the airline could be interested in increasing its holding in LATAM, and working with fellow shareholder Delta Air Lines.

“When the right opportunity comes and at the right price we will look at increasing our investment in LATAM,” he told Reuters.

Qatar Airways, which holds a 10% stake, would be interested in having a stake that is the “same like Delta,” which is 20%, he said.

Delta surprised the industry when it announced in September it was taking a $1.9 billion 20% stake in the South American airline group.

Qatar Airways has historically had a contentious relationship with Delta and other major U.S. carriers, which have accused Gulf airlines of receiving unfair government subsidies, distorting competition and costing Americans jobs. The Gulf carriers have rejected such accusations.

However, Baker said had no ill-feeling towards Delta, and was willing to work with the U.S. airline at its hub in Atlanta.

“We can transfer passengers on each other. We are the only Middle Eastern carrier going into their hub so there is huge opportunity,” he said.

Qatar Airways has also expressed interest in taking a stake in India’s IndiGo and Morocco’s Royal Air Maroc. A transaction with either airline has yet to take place.