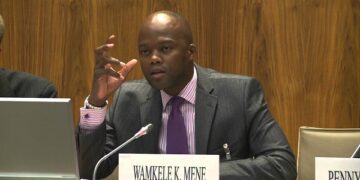 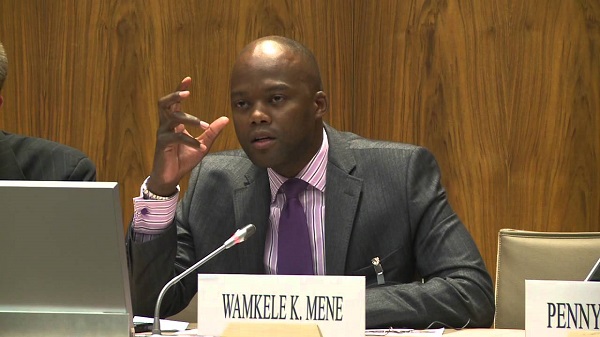 A 40-year-old South African Wamkele Mene has been elected as the Secretary General of the AfCFTA Secretariat.

Mene is a former Head of Mission to the World Trade Organisation for South Africa.

He was one of three persons shortlisted for the job ahead of the African Union’s 33rd Ordinary Session of the Assembly of heads of state in Addis Ababa, Ethiopia.

Mene is from South Africa’s department of trade and industry and the country’s chief negotiator during discussions on the free trade area.

The other two finalists were Cecilia Akintomide from Nigeria and Faustin Luanga from the Democratic Republic of Congo.

Ghana is the host country for the secretariat and many believed picking a non West African candidate would provide a balance representation.

The President of Ghana has already revealed that the secretariat will be operation by March, signalling the resolve of African leaders to made the African free trade project a reality.

The AfCFTA, according to African Union leaders needs to be implemented by July, 2020 and everything shows that the deadline would be met.

Warm congratulations to @MeneWamkele for his appointment as SG of the #AfCFTA secretariat. Young(er) and competent generation of Africa is proud of him. #AUSummit

South Africa’s President Cyril Ramaphosa who is now the chair of the African Union told the summit this weekend that “We must all ensure the AfCFTA does not become a conduit for products with minimal African value addition to enter and penetrate our local markets under the guise of continental integration.”

“The era of imperialism and colonialism – in which Africa was a pit stop in the global assembly line – is passed,” he said.

The free trade zone is considered a critical action to usher Africa into a new era of development. The African Continental Free Trade Area (CFTA) will have 54 African Union (AU) members.