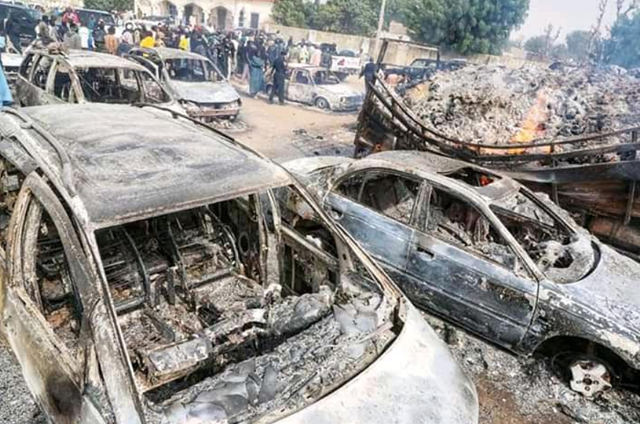 Boko Haram militants in Nigeria have burnt at least 30 people to death while they were sleeping in their cars.

The militants also abducted women and children in this latest attack in north-eastern Nigeria.

Nigerian officials say the attack place in Auno town on a major highway in Borno State.

Residents spoke of how 18 vehicles comprising trailers, buses, and cars were burnt by the insurgents who laid siege on the village on Sunday night. 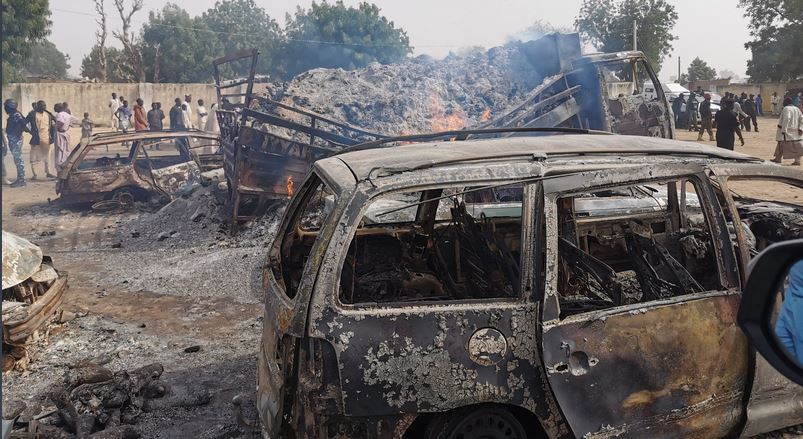 According to eyewitnesses, the militants came in trucks mounted with heavy weapons for the attack.

The state governor’s office said in a statement that the militants “killed not less than 30 people who are mostly motorists and destroyed 18 vehicles.”

Women and children were also abducted but it is not clear how many were kidnapped. 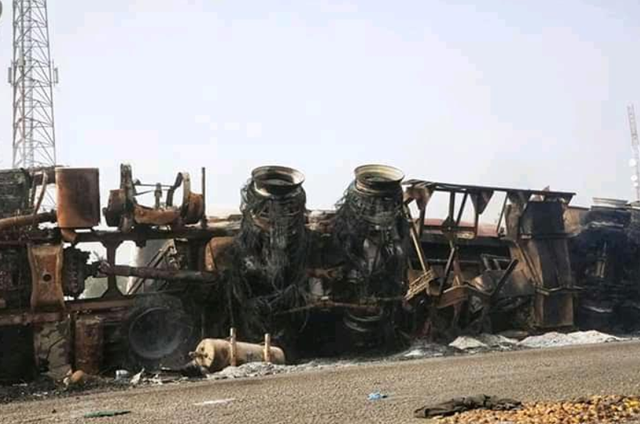 Boko Haram and other militant groups have been wrecking havoc in Nigeria for years now, killing thousands and displacing millions.

The government had claimed victory in its battle with these militants but attacks like the one witnessed over the weekend continues.

Nigeria’s President, Muhammadu Buhari on Monday promised that all children kidnapped by Boko Haram terrorists would be set free during his regime.

He told a gathering in Addis Ababa, Ethiopia, during the 33rd African Union Summit that ”A number of schoolgirls from Chibok and Dapchi earlier abducted by Boko Haram have regained their freedom.

”We commend the gallant efforts of the Multi-National Joint Task Force and the partners in supporting the reintegration of the girls.

”Let me categorically reassure you of the steadfast commitment of the Government of Nigeria to ensure the freedom of all kidnapped children from the shackles of Boko Haram.

”We will not relent until every child, boy, or girl, every Nigerian adult in custody of Boko Haram, is freed.” 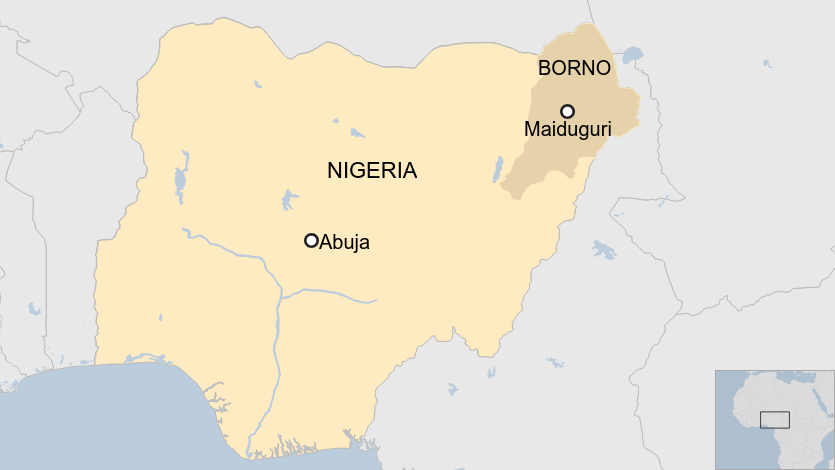