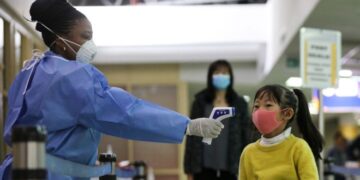 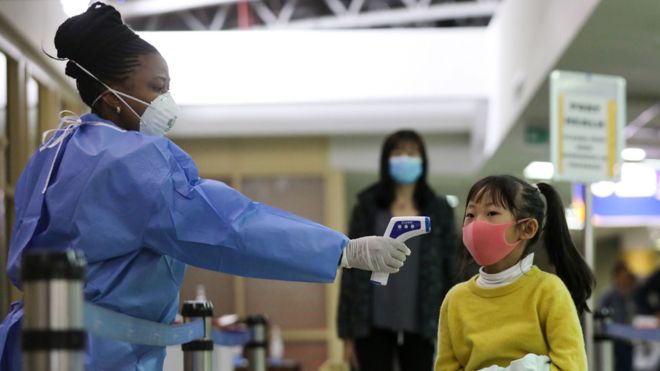 The World Health Organization on Friday night confirmed that Africa has now recorded its first case of Coronavirus in Egypt.

In a statement Egypt’s Health Ministry spokesman Khaled Mugahed said the person who tested positive was a “foreigner”.

The patient is reported to be carrying the virus but did not show any serious symptoms and has now been hospitalized and in isolation.

The health ministry statement did not reveal the person’s nationality as officials assure efforts are being made to control the outbreak.

Coronavirus is now known officially as COVID-19. The virus first emerged in the Chinese city of Wuhan.

It has since spread beyond the shores of China with thousands of cases reported as well as hundreds of deaths.

Victims often suffer from respiratory illness and this new strain of coronavirus was not previously identified in humans.

Until Friday Africa only recorded suspected cases with experts worried if the continent is ready to fight the spread.

Michael Yao, WHO’s head of emergency operations in Africa has however said that some countries in Africa “have the minimum to start with – they’re not starting from scratch”.

“We know how fragile the health system is on the African continent and these systems are already overwhelmed by many ongoing disease outbreaks, so for us it is critical to detect earlier so that we can prevent the spread.”

The Bill and Melinda Gates foundation is giving Africa $5 million to support the continent’s Centres for Disease Control and Prevention to fight current outbreak of coronavirus.

These are the 10 reasons couples should have sex regularly

Nigeria's army accused of razing villages in war on militants