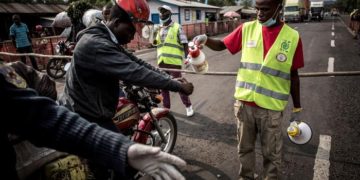 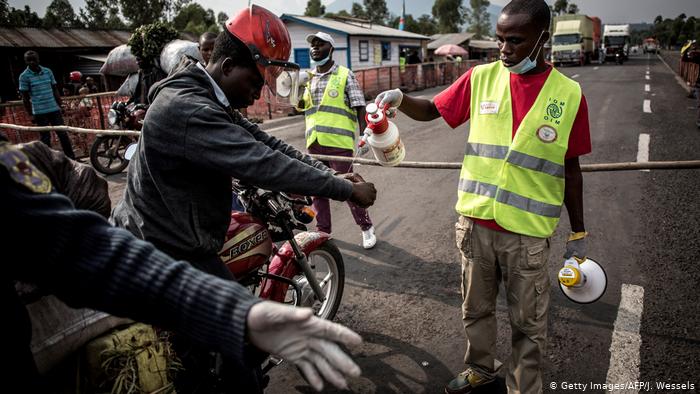 This Thursday marks a sad anniversary. One year ago, on August 1, 2018, the Ebola epidemic broke out in the Democratic Republic of Congo (DRC).

With a death toll today of almost 1,800, it has become one of the worst epidemics since Ebola was discovered in 1976. The worst occurred in 2014, when the virus caused the death of more than 11,000 people in several countries in West Africa.

This is the tenth Ebola outbreak in DRC. This time the virus is proving more resistant to efforts to halt its progress.This is largely due to the area where the outbreak started. The provinces of Ituri and North Kivu in the east of the vast country are among the most neglected regions.

Militias have been in control for decades, their rule marked by rape, murder and arson. There is a high number of internally displaced persons. Clashes between Congolese security forces and armed groups hinder the work of aid organizations. Sick people often do not go to the doctor as they are afraid of being caught between the rival forces.

Human life is not worth much in eastern DRC, as Ebola victims are currently experiencing. Although there is considerable aid from abroad, the DRC government shows little interest in helping those of its citizens affected by the virus.

This lack of interest was also demonstrated recently in a different context. In a desperate bid to draw attention to the daily violence they face, against which they feel powerless, people in the provincial capital Bunia processed through the streets, bearing the head of a woman who had been decapitated. Their cry for help left the government cold.

Those hoping for an official reaction from those in power in the capital, Kinshasa, 3,000 kilometers (1,864 miles) away, waited in vain. When contacted by DW for a reaction, the interior minister simply said the demonstration was fake news.

However, the people living in the regions affected by Ebola also contribute to the failure to bring the outbreak to an end. Many are poorly educated, distrust modern medicine and the foreigners who have come to help.

They are afraid of the medication and vaccinations. Helpers are frequently prevented from entering villages, sometimes they are even attacked. The dramatically low level of education is also a result of neglect and decades-long war.

The poor infrastructure also plays a role; many streets and medical centers are in a disastrous condition.

Many of the country’s decision-makers are also poorly educated and not sufficiently informed in order to do their role justice. In fact, it was a priest who brought the virus to Goma, a city with a population of some two million, in July. Although the man was already showing symptoms of the disease, he traveled by bus.

WHO reaction too late

Mobility is also part of the problem. The province of North Kivu is a major transit hub bordering on both Uganda and Rwanda. It is regrettable that the World Health Organization took such a long time to declare an international emergency, waiting until mid-July, almost a year after the outbreak began.

Now there is rivalry between pharmaceutical companies and arguments over which vaccine should be used. Everyone wants to benefit from the situation, said the DRC health minister before he threw in the towel some ten days ago.

It is unclear whether his resignation was a result of the “pressure from all sides” which he had criticized or his own inability to bring the epidemic under control. What is clear is that Ebola will soon have cost the lives of 1,800 people.