Rwanda is refurbishing damaged laptops for use in schools 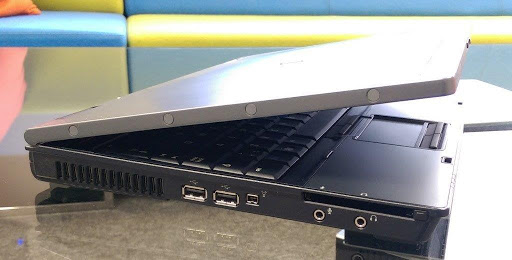 In Rwanda, damaged laptops are no longer waste and nuisance to the environment. They are being refurbished so they can be put to good use in schools.

Rwanda’s capital city Kigali is dubbed the cleanest city in Africa and to ensure that it maintains that node, it want’s to put to good use even damaged laptops and electronic gadgets.

Specialized companies in Rwanda have been going round communities picking up all damaged laptops.

Workers of specialized companies working on this project then check if any of them can be refurbished for reuse.

Once the laptops are refurbished they are then distributed to schools so pupils can access a laptop.

The aim is to produce as little electronic waste as possible in a country that has impressed many around the world for it’s developmental vision.

Compared to the high cost of accessing new laptops, the refurbished ones cost less and are affordable for many.

Rwandans are already donating and pledging thousands of smartphones so that those who can’t afford such devices access one and get connected.

The main aim of the campaign is to mobilise people to contribute to providing smartphones to Rwandans who cannot afford them.

The new phones were the first “Made in Africa” models produced by a Rwandan based company called Mara Group.

Mara X and Mara Z are now available for purchase to consumers. They were showcased in May last year at a Tech summit in Paris.