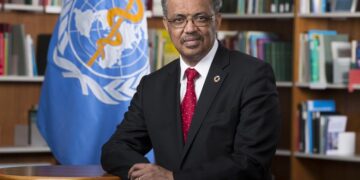 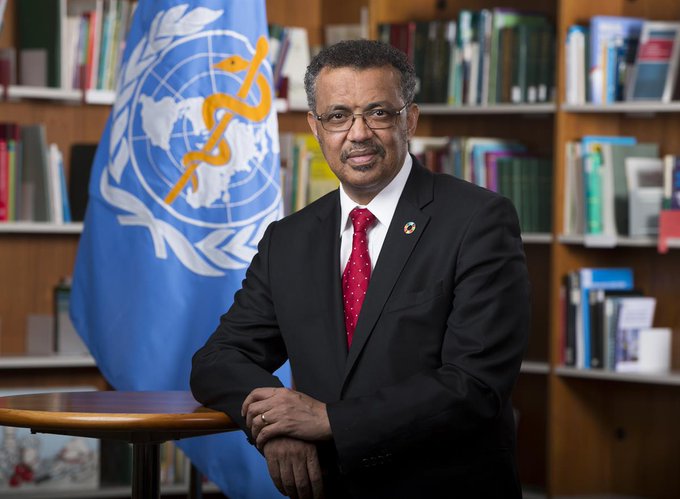 The World Health Organization has declared that Africa will not be a testing ground for any vaccine as it slams two French scientists who called for coronavirus vaccine to be tested first in Africa.

The director general of the WHO, Ethiopia’s Tedros Adhanom Ghebreyesus described the calls from the French scientists as “racist”

Jean-Paul Mira, head of intensive care at Cochin hospital in Paris, said during a TV discussion that “If I can be provocative, shouldn’t we be doing this study in Africa, where there are no masks, no treatments, no resuscitation?

A bit like as it is done elsewhere for some studies on Aids. In prostitutes, we try things because we know that they are highly exposed and that they do not protect themselves.”

Camille Locht, head of research at the Inserm health research group agreed saying “you are right’ and added that a study in Africa was already being considered.

We are in the process of thinking about a study in parallel in Africa.”

WHO chief Ghebreyesus told journalists on Monday that “Africa cannot and will not be a testing ground for any vaccine”.

The former Ethiopian health minister said “It was a disgrace, appalling, to hear during the 21st century, to hear from scientists, that kind of remark. We condemn this in the strongest terms possible, and we assure you that this will not happen.”

World Health Org DG @DrTedros brands French scientists saying Coronavirus vaccine should be trialled in Africa, as racist.
Adds that Africa will not be a testing ground & that this ‘colonial hangover’ needs to stop pic.twitter.com/ryi8GcG0Gg

One of the doctors who called for the coronavirus vaccine to be first tested in Africa later apologized after global backlash.

Jean-Paul Mira apologized on Friday for his comments with Paris’ clinic network, quoting him as saying “I want to present all my apologies to those who were hurt, shocked and felt insulted by the remarks I clumsily expressed.”

There was a huge backlash when the two doctors made the comment with African football legends including Didier Drogba and Samuel Eto’o leading the charge.

Drogba reacted angrily saying “It is totally inconceivable we keep on cautioning this. Africa isn’t a testing lab.

I would like to vividly denounce those demeaning, false and most of all deeply racists words. Helps us save Africa with the current ongoing Covid 19 and flatten the curve.”

He adds that “Let us save ourselves from this crazy virus that is plummeting the world economy and ravaging populations health worldwide.

Do not take African people as human guinnea pigs! It’s absolutely disgusting…African leaders have a responsibility to protect their populations from those horrendous conspiracies.”

There are no experimental vaccines yet for usage as the world is still months behind a potential vaccine.

Africa has so far recorded over 9,000 cases as at April 6, 2020. The continent is still the least affected by the pandemic.