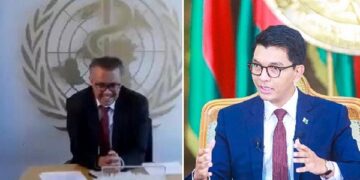 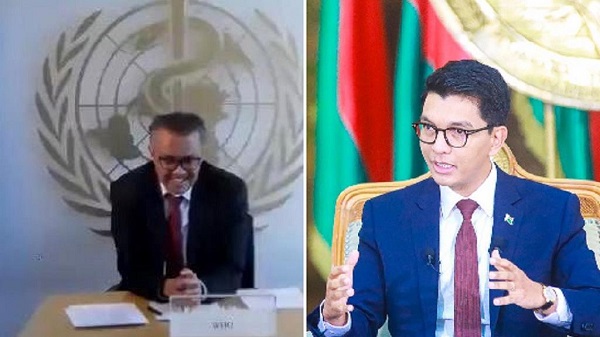 The World Health Organization is to sign a confidentiality clause with Madagascar on the formulation of its herbal remedy for coronavirus.

The WHO had for long criticized Madagascar for promoting the herbal remedy and distributing it to African countries.

According to the WHO using the herbal drug without enough scientific evidence of its efficacy can harm people.

Madagascar had said that the remedy called Covid-Organics was developed by the Malagasy Institute of Applied Research (Imra).

The herbal remedy was produced from artemisia plant, an ingredient used in a malaria treatment and other Malagasy plants.

Madagascar’s President, Andry Rajoelina has already urged farmers in his country to grow more of the artemisia plant.

He said on Twitter on Wednesday that he had “successful exchange with Dr. Tedros (WHO chief) who commends Madagascar’s efforts in the fight against Covid19.”

Rajoelina also added that “WHO will sign a confidentiality clause on the formulation of the Covid-Organics and will support the clinical observations process in Africa.”

Successful exchange with @DrTedros who commends #Madagascar’s efforts in the fight against #Covid19.@WHO will sign a confidentiality clause on the formulation of the #CovidOrganics and will support the clinical observations process in #Africa. pic.twitter.com/SCZZRDKheV

Dr. Tedros also confirmed the call with Rajoelina in a tweet saying “Good call with Andry Rajoelina, President of Madagascar, about the COVID19 situation in his country.

We discussed how to work together on therapeutics research and development. And we agreed that solidarity is key to fighting the pandemic and keeping the world safe.”

This month President Rajoelina responded to critics of his country’s much touted herbal remedy for coronavirus.

He told French news channel France24 that those doubting the efficacy of the Covid-Organics, a locally produced herbal tonic from Madagascar are condescending of Africa.

“We had 171 cases, of which 105 were cured and the majority of these patients who were cured took only the product Covid-Organics,” Rajoelina said in the interview.

Rajoelina said in French that “If it wasn’t Madagascar, and if it was a European country that had actually discovered this remedy, would there be so much doubt? I don’t think so.”

Malawi's electoral commissioner steps down ahead of re-run