Covid-19: Chad goes for another consignment of Madagascar’s ‘virus cure’ 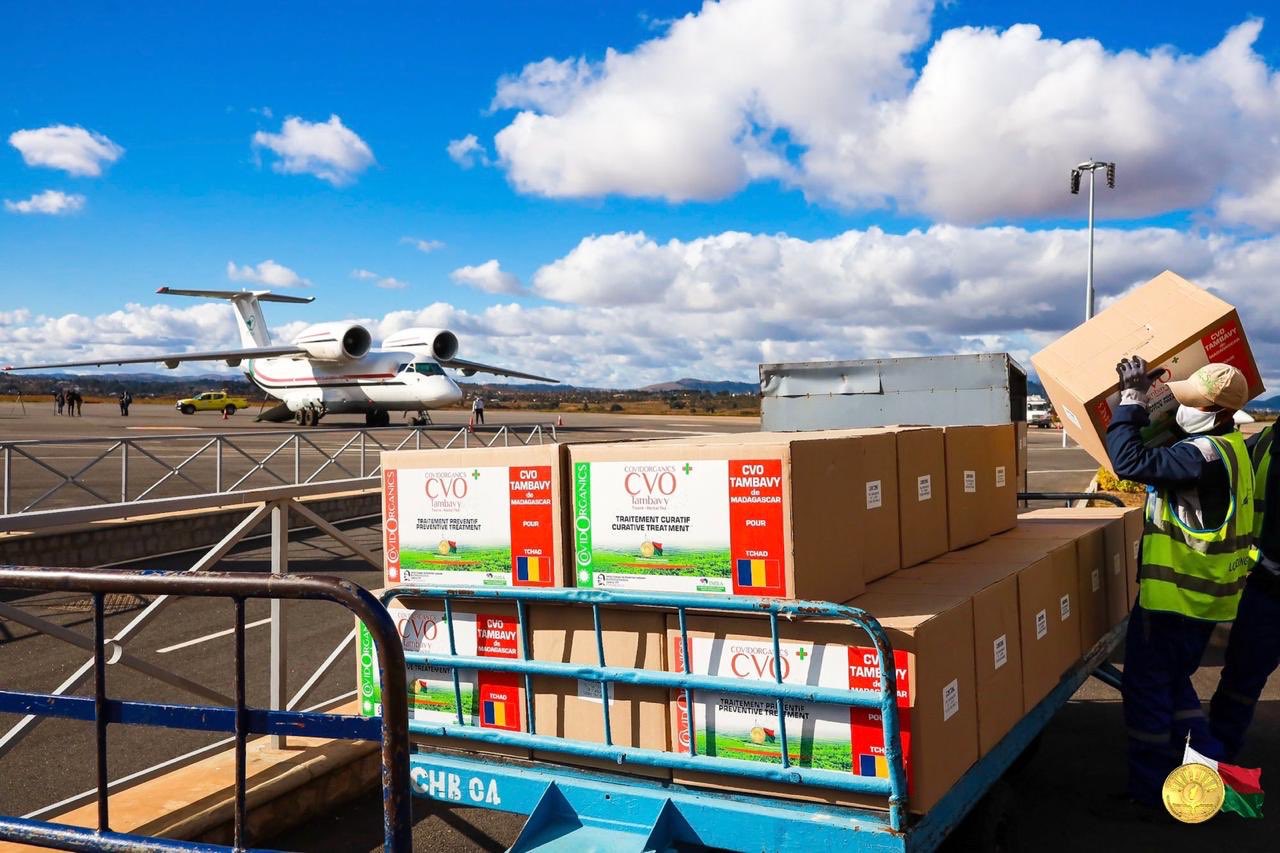 An official jet was sent to Madagascar for 20,000 curative and preventive doses of the herbal drug, according to Madagascar officials.

President o Madagascar, Andry Rajoelina said on Twitter that “following the positive effects observed on its population, Chad asked to receive for the second time from Covid-Organics to fight the Covid19.”

Last month Chad sent an official flight to Madagascar to pick up the herbal drugs hoping it helps to support those infected to recover.

Covid-Organics, is the herbal drug developed by officials in Madagascar and has been touted by the President Andry Rajoelina as effective in preventing and treating coronavirus.

Despite skepticism from the World Health Organization, more African countries are going in for the drug.

But last month the World Health Organization was reported to have signaled intention to sign a confidentiality clause with Madagascar on the formulation of the herbal remedy.

He told French news channel France24 that those doubting the efficacy of the Covid-Organics, a locally produced herbal tonic from Madagascar are condescending of Africa.

“We had 171 cases, of which 105 were cured and the majority of these patients who were cured took only the product Covid-Organics,” Rajoelina said in the interview.

Rajoelina said in French that “If it wasn’t Madagascar, and if it was a European country that had actually discovered this remedy, would there be so much doubt? I don’t think so.”