Mergers and acquisitions decrease in Africa as Covid-19 hits hard 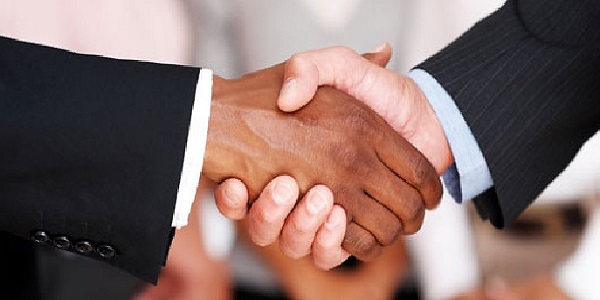 Mergers and acquisitions (M&A) have decreased across Africa in the first half of 2020 in terms of both volume and value, with some exceptions in Nigeria.

Going forward, dark clouds remain over the M&A market in Africa in the short-term, with economic uncertainty likely to cause a reduction in foreign investment in Africa.

However, recent developments regarding Africa’s policies on trade and investment, and its renewed partnerships with major global economies, brighten the continent’s prospects for medium-term recovery.

This is according to Baker McKenzie’s analysis of Refinitiv data, which lists completed and pending deals. The volume of M&A deals in South Africa fell by 18% year-on-year, with 132 transactions recorded in H1 2020, down from 160 in H1 2019.

Barloworld’s acquisition of the equity assets of both Wagner Asia Group and SGMS LLC by its Mongolian subsidiary, for USD 212 million each, were the biggest cross-border transactions in South Africa in the first half of this year.

Morne van der Merwe, Managing Partner and Head of Corporate/M&A at Baker McKenzie in Johannesburg notes that the impact of COVID-19 is now being felt across the African M&A market, with numerous deals in the pipeline delayed or cancelled in the first half of the year.

“In certain sectors, such as in the airline and tourism industries, COVID-19 has caused a re-think/ pause /extraction from footprint expansion via M&A. In general, the dealmaking space has been impacted  by the sentiment  that ” life will never be the same”.

A lot of dealmakers are thinking carefully about which businesses and sectors will be winners and which will be losers, and where the pandemic has created opportunity to acquire quality assets at a discount.

It would appear as if VUCA (Volatility, Uncertainty, Complexity and Ambiguity) is becoming the new normal in the M&A space, requiring a smart and collaborative effort to get the deal over the line – especially in terms of cross border deals,” van der Merwe explains.

“Further, a lack of available capital and acquisition finance, as well as the difficulty of pricing deals in an uncertain market, could also cause investors to take a wait and see approach going forward. Adding to the challenges are the contract changes around due diligence and the mitigation of risks due to ongoing supply chain blockages and other disruptions.

Force majeure clauses and material adverse effects in contracts are also being studied to assess where transactions could be terminated under existing agreements. The physical constraints of doing deals during a lockdown have also made negotiation, approvals and due diligence more difficult, but Zoom and other virtual teleconferencing tools have addressed the logistical challenges somewhat and provided the ability to continue negotiations.

“However, well before the pandemic struck, we were expecting a drop in M&A deals in South Africa in 2020, due to issues around  legal, political  and economic uncertainty,  labour market concerns; currency volatility; bribery and corruption challenges; and inadequacies in the justice system.

Investors were also worried about the support and performance of SOEs, land expropriation without compensation, and uncertainty about security of property rights and security of tenure, which eroded business confidence in South Africa in the last few years.

“In the short term, we expect that most of the remaining deal activity in South Africa, and across Africa in general, will be generated by take private transactions, distressed M&A opportunities, restructurings, disposals and South African corporates possibly looking for investment opportunities in offshore markets,” van der Merwe says.

In the context of distressed M&A, and with the likelihood of sector consolidation as stronger players buy weaker players, competition law will also be a key consideration for many M&A deals.

Lerisha Naidu, Partner in the Competition & Antitrust Practice explains, “It is likely that firms will look to increasingly rely on failing firm arguments to justify the consolidation of markets associated with M&A activity before the competition authorities.

There is no doubt that COVID-19 will also give rise to a conflict between the need for foreign direct investment (FDI), on the one hand, and the need to protect the most vulnerable sectors of the economy from predatory acquisitions, on the other.

The South African Competition Commission will likely increase its scrutiny of M&A transactions going forward,  taking the view that the benefits of FDI cannot be at the expense of the economy and the public interest that the Competition Act seeks to protect. A careful balance should be struck between the two, erring on the side of bolstering the economy to the fullest extent, to ensure optimisation of the recovery phase.”

The number of cross border deals increased by 18% in comparison to the first half of 2019, while domestic deals were also up by 86% year-on-year.

Half of the total M&A deals in Nigeria were cross border transactions, totalling USD 40 million. Deals were evenly distributed among industries, with financials and high technology recording two inbound deals each and the industrials sector recording two outbound M&A deals.

The USD 21 million acquisition of Interporto di Venezia SpA in March 2020 by an Orlean Invest Holding subsidiary for USD 21 million, was the biggest cross border deal in Nigeria in the first half of 2020.

Wildu du Plessis, Head of Africa for Baker McKenzie in Johannesburg, notes that policy and economic uncertainty, including lack of access to foreign exchange, stalled dealmaking in Nigeria recent years. However, the Central Bank of Nigeria introduced a foreign exchange window a few years ago, allowing trading at market-determined rates, which boosted the supply of foreign exchange and encouraged dealmakers.

The government was also looking at more business-friendly legislation. The Nigerian economy was already impacted quite severely by the disruption in oil markets in recent years, but COVID-19 has added extensive damage to the economy, and this will undoubtedly impact negatively on M&A numbers going forward.”

For inbound cross border deals, the focus was on media and entertainment, with three deals, as well as the financials, retail, and materials sectors, recording two deals each. There was one outbound transaction, which had the highest deal value of all cross-border deals.

Du Plessis says, “Kenya has long been considered East Africa’s investment hub, attracting some high-value M&A deals in the last few years. However, the country’s post-pandemic economy will take some time to recover. It could be that its telecommunications sector, which has a well-developed market for mobile money services, will boost investment opportunities in a post COVID-19 market.”

There were 89 inbound deals in SSA during this period, valued at USD 1.1 billion. The primary target was the materials industry with 24 deals, totaling USD 305 million. The United Kingdom and the United States were the primary investors with 17 and 15 deals, worth USD 161 million and USD 658 million, respectively.

The region also reported 49 outbound transactions worth USD 3.6 billion. The industrials sector was the most targeted with nine deals, while the materials and telecommunications sectors had the biggest deal values, totaling USD 1 billion each.

Du Plessis explains, “There is broad consensus that 2020 and 2021 will be very difficult years across all sectors in Africa, with severe humanitarian challenges, reduced demand across most sectors, constrained domestic economic activity, weaker currencies, supply chain disruptions and increased regulations and restrictions causing business disruption. Some sectors will battle to recover while others, such the technology sector, are likely to be better able to adapt and take advantage of current conditions.”

“M&A activity in Africa going forward could come from distressed M&A transactions. Buyers with strong market positions or balance sheets and an appetite for risk could seek to capitalise on the opportunities available in the most challenged sectors, such as retail, transport, energy, construction, hospitality and leisure, as well as the opportunities in the sectors that have performed well during the pandemic, such as those in technology and healthcare and Fintech.

The oil & gas industry and non-core infrastructure sectors are also facing significant stress, which might produce opportunities for buyers. The bottom line is that there will be very few sectors who have not been badly affected by the pandemic, but this could produce opportunities for buyers who have done their homework and have an appetite for risk,” Du Plessis notes.

He says that current developments in terms of the continent’s trade relationships also point to improved investment opportunities in Africa in the medium term. Shifting global trade patterns have seen the major players turn to Africa to find new avenues for trade and investment.

Examples include the recent Economic Partnership Agreements signed with the UK to govern bilateral trade with certain African countries after Brexit; China’s continued interest in Africa, especially in terms of the Belt and Road Initiative (which might endure short term slowdowns but offers long term gains in digital programmes and sustainability); the recent United States Africa strategy, which has a renewed focus on trade and investment between the two regions;  the European Commission’s Comprehensive Strategy with Africa, published after COVID-19 and positioning the EU as an close ally of Africa; and the African Continental Free Trade Area agreement, postponed to 2021 due to COVID-19, and intended to streamline intra-African trade across the continent and reduce the continent’s dependence on foreign investors.

“So, while Africa, alongside the rest of the world, will be weathering the devastating effects of COVID-19 for some time, the future M&A forecast looks brighter, with good investment opportunities becoming clearer across the continent once the pandemic eases,” Du Plessis adds.

Some bar owners in Zambia are pressurising the government to open bars, despite the rapid rise in Covid-19 Infections. Zambia's President, Edgar Lungu, has been...
Read more
Business

There are fears of an environmental disaster in Mauritius following an oil spill along its south-eastern coast. The oil spill occurred after a "breach" in...
Read more
- Advertisement -

Two men and a woman have been jailed 30 years for throwing stones at President Evariste Ndayishimiye convoy. They were jailed by a court in...
Read more
News

New constitutional court judges have been sworn-in on Monday in Mali as the country continues to struggle to resolve and end a political crisis. The...
Read more