Nigerian lady in viral sextape gets scholarship to study abroad 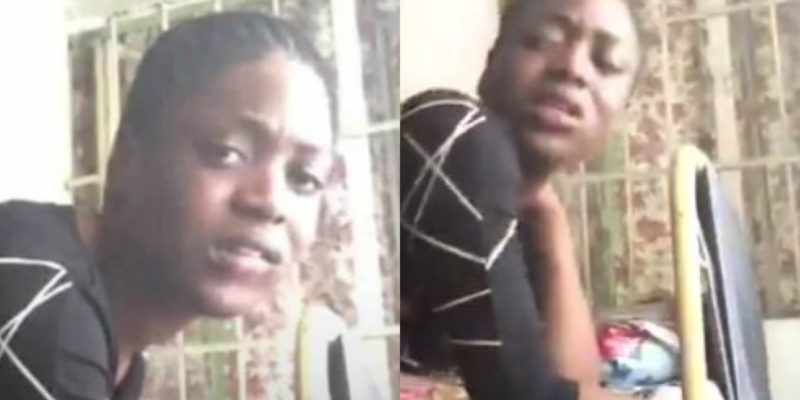 Being able to go beyond your ugly past isn’t something many people are able to do.

For some, they would resort to committing suicide or leaving the public space due to the shame that comes with those pasts.

But that is not the case of one young lady in Nigeria who a few years back appeared in a sextape that went viral.

The young lady who used to be a student at the Babcock University was involved in sexual activity with her boyfriend at St Bridget Hospital, Abeokuta, Ogun State.

Said to be the daughter of a Senior Pastor of Calvary Bible Church, she was a student of accounting at that time.

The sexual activity she had with another male student at the hospital, where she was admitted for destructive addictions was filmed.

They were both expelled for grievous misconduct while she was at level 300 at the time.

But the lady is rebuilding her life after that sex-scandal by gaining a scholarship to study abroad.

Dr Ola Brown, founder of Naija Flying Doctors confirmed on Twitter that final payments for the lady’s study have been made.

She wrote “I know not many people will care, but there are some people that followed the story of ‘Babcock girl’. I am proud of the progress she is making academically/psychologically/spiritually.”

“Just made her scholarship payment. She will be travelling out to study in the next few months. Future head of the IMF/World Bank loading by God’s grace,” she added.

I know not many people will care, but there are some people that followed the story of ‘Babcock girl’

Brown also noted that the lady has “will NOT be defined by the manner in which her privacy was violated by someone she trusted.”

Everytime she calls she has some new insight about the wonderful world of finance/accounting/economics.

She is smart, passionate & focused. She reads widely and deeply. She understands complex topics easily.

Here are the reasons why women moan during sex

Innovation in the remote learning methods of Kenyan schools

Has digital killed the radio star?