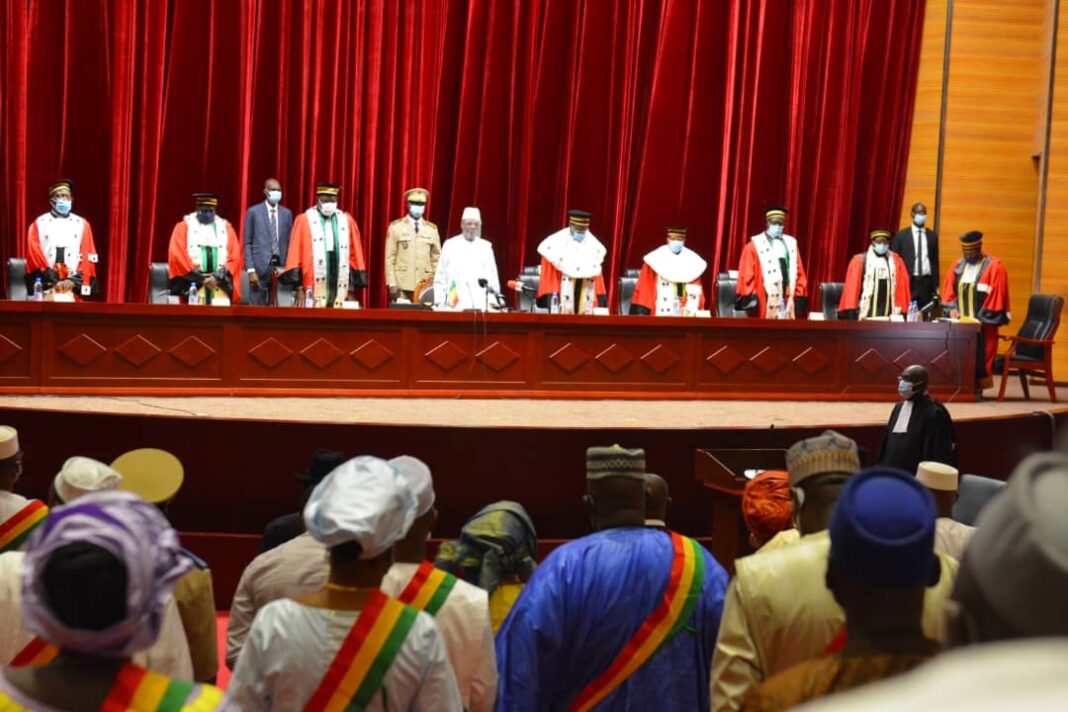 New constitutional court judges have been sworn-in on Monday in Mali as the country continues to struggle to resolve and end a political crisis.

The nine new judges were sworn in at a ceremony in the capital, Bamako, which was attended by President Ibrahim Boubacar Keïta.

The top court was at the centre of controversy after it overturned provisional results for parliamentary elections in March.

West African regional bloc, ECOWAS had proposed the appointment of new constitutional judges as a way of ending the crisis.

It also proposed the formation of a unity government as a way out of the crisis.

The opposition has however rejected the proposal for the formation of a unity government, insisting that the president resigns.

Protesters have accused President Keita of failing to tackle Mali’s major crises including jihadist conflict, an economic crisis and the disputed elections.

Anti-government protests that were suspended for the Eid festivities will resume on Tuesday.

Mali has for years now struggled to overcome the activities of terrorists with the region remaining unstable since 2012 when jihadist fighters seized the desert north of the country.

Although French troops helped to recapture the north, violence still continues. Not even the presence of United Nations troops will help restore order.

Keita, who was re-elected in 2018 for a second five-year term, has struggled to address the security crisis.