Sierra Leone: Vickie Remoe is Girl Ambassador for Save the Children 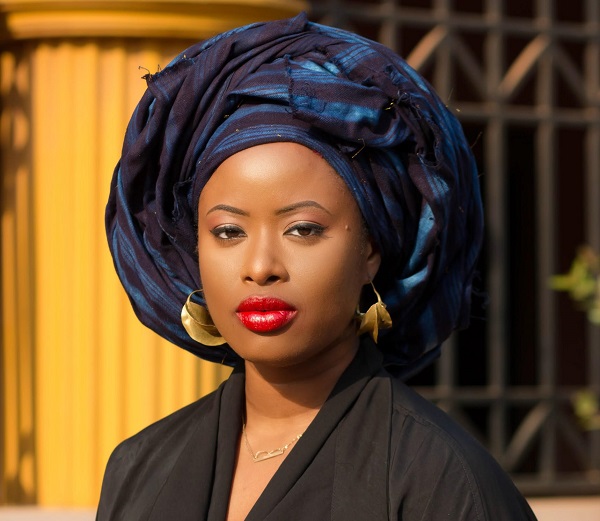 Vickie has made it her life’s work to use her platform to raise awareness on issues affecting girls and women with the goal of igniting social change.

Seeing Sierra Leone as the “next frontier”, Vickie believes that women and girls have a critical role to play in nation-building and feels that the country needs to be ready “to  take on opportunities that the world is going to bring…” like access to technology, education, and skills that will help the young population build their lives through businesses and homegrown solutions.

A new tomorrow means a safer place for girls

Vickie believes in a new tomorrow for Sierra Leone where girls can grow up strong and positive because they are safe from sexual violence, exploitation and discrimination.

For girls to be given equal access to education and health and offered opportunities to meaningfully contribute to Sierra Leone where the narrative is one of optimism and greatness.

As we start National Girls Week, we welcome Vickie as our new Girl Ambassador and look forward to collectively advocating for girls rights and empowerment  to realise our ambition for their survival education, protection and participation in Sierra Leone.

Vickie Remoe: The woman fighting for a better Sierra Leone

Vickie Remoe is a multimedia content producer who loves a good story.

She is an active citizen who uses digital media to amplify women and youth issues, national unity, good governance, and dignity.

Born in Sierra Leone to a Krio-Yoruba Father, and Temne Mother, Vickie was raised in Freetown, Addis Ababa, and Maryland. She returned home in 2007 from New York City.

In 2005 she launched Swit Salone Dot Com, Sierra Leone’s Oldest News Blog. In 2009 Remoe’s eponymous TV Show premiered on Sierra Leone Broadcasting Corporation and offered viewers a one of a kind travel and human interest docuseries both from home and across the sub-region.

The Vickie Remoe Show is a cross between ‘The Oprah Show’ and Anthony Bourdain’s ‘Parts Unknown’ with a clear and direct focus on African business and travel.

In 2013, with an extensive background in content production, strategic communications, and marketing, Vickie employed emerging talent in PR, branding, and advertising and established VR&C Marketing in Ghana.

Under her leadership, VR&C Marketing delivers campaigns for multinationals across the West African sub-region and trains youth pro-bono on digital skills and business development.

She has been featured on Aljazeera, Africa News, VOA, DW, and the BBC. Between 2019-2020 she co-anchored five episodes of BBC Africa’s The She Word on topics ranging from femicide, gender-based violence, period poverty, contraceptives, and toxic masculinity.

In 2019 Vickie was listed as 100 Most Influential Young Africans by Avance Media. She is a recipient of the Women Empowerment (We) Network Award for Girls & Women’s Empowerment (2016) and the GWB Commission Award for Sierra Leone Arts & Culture (2011).

Vickie serves on the Advisory Boards of Capitol Foods and The Ella Koblo Gulama Foundation.

She has a B.A. in Political Science from Haverford College, and an MSc. in Broadcast Journalism from the Graduate School of Journalism at Columbia University.