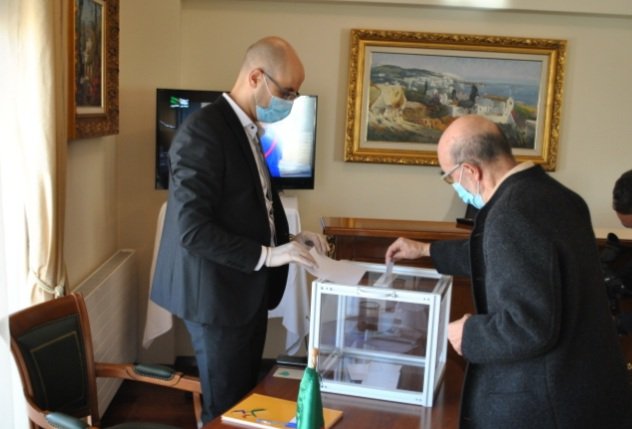 Algerians are voting on presidential term limits and creation of a new anti-corruption body.

To win the referendum, either the “yes” or “no” camp needs at least 51% of the vote.

Results are to be announced on Monday November 2, 2020.

The referendum is expected to cement changes made after long-time President Abdelaziz Bouteflika.

He was forced to resign last year after massive protests against his bid for a fifth term bid.

Incumbent President Tebboune, 74, came to power last year in a controversial election that followed the departure of Mr Bouteflika.

The referendum coincides with the November 1, anniversary of the start of Algeria’s war of independence against France back in 1954.

Ahead of the referendum President Tebbounve was flown to Germany for medical care.

The cause of his ill health is not known but President Abdelmadjid Tebboune had self-isolated and spent time in a military hospital in Algiers after a number of his aides and colleagues contracted coronavirus.