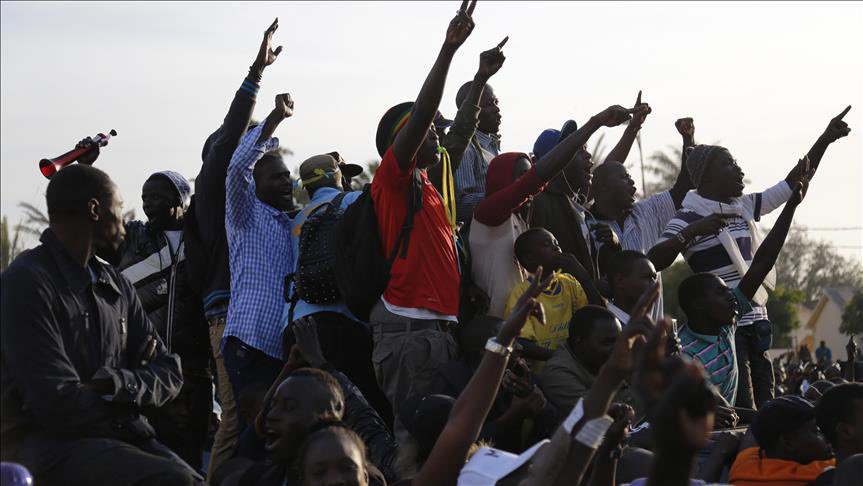 Senegal’s main opposition leader, Ousmane Sonko has called for more protests against President Macky Sall after he was released from detention.

He was charged with rape in court on Monday and then released on bail amid clashes between his supporters and security officials.

Sonko who was addressing his supporters lashed out at President Sall whom he accuses of being behind the rape charges he is now facing.

The opposition leader is accused of assaulting a woman who worked in a beauty salon, but he has denied the claim.

Amnesty International says at least eight people have died since the violence broke out last week in Senegal’s capital, Dakar.

But the protests have gone beyond just an agitation over the arrest of Sonko with young people expressing anger at the economic situation in country.

They have called for economic reforms, provision of quality health care among others.

Protesters are fast coming from all parts of the country and various groups of individuals including women, young and older people.

Sonko has called for “much larger” anti-government demonstrations, but urged that they be peaceful.

President Macky Sall has also for the first time spoken about the protests saying on state broadcast that he understood why young people were on the streets.

Sall said it was because they “don’t have a job, because you aspire to a better future,” as he pledges more funding for employment and entrepreneurship programs.

The President said he will “support a return to calm,” as the protests begin to mount pressure on him.

Macky Sall has been president for nine years but has been criticized by many for doing little to stop the protests and related deaths.

Some citizens also have concerns he wants to extend his current second term stay in power by seven years instead of mandated five years and even seek a third term in office.

But Sonko who placed third in the 2019 presidential elections is considered a strong contender for the scheduled 2024 vote.

His message of greater economic independence for Senegal has attracted a wider audience amid the financial hardships of the COVID-19 pandemic, curfews and other movement restrictions.

The protests in Senegal are not just about a rape charge