Senegal’s government dissolved by the President 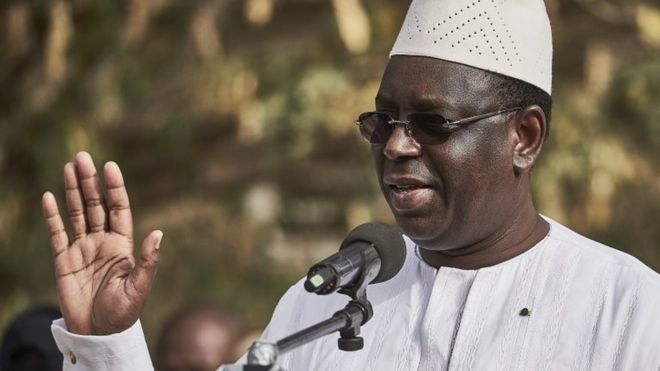 Senegalese President Macky Sall has dissolved his government, the presidency has said in a statement.

President Sall according to the statement signed four decrees to dissolve the government which had 32 ministers and three state secretaries.

The statement did not give any reason for the dissolution but speculations are rife that a  new cabinet will be formed soon.

“While awaiting the putting in place of a new government, outgoing ministers and secretaries of state are charged with carrying out their ongoing affairs,” the statement read.

He has since abolished the office of prime minister and  the functions of the secretary general to the presidency Mahammed Boun Abdallah Dione who was a close associate.

President Sall  has also dismissed another former prime minister Aminata Toure from her post as chair of the country’s economic, social and environmental council (CESE).