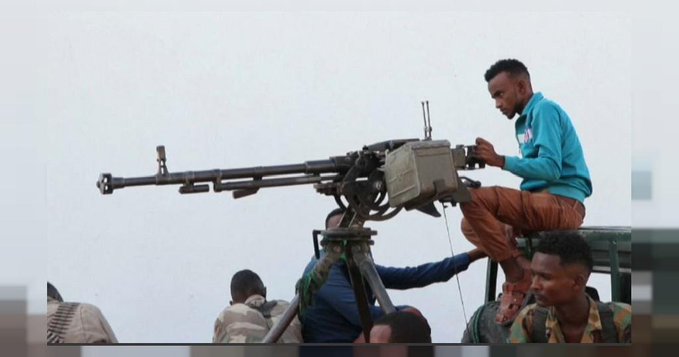 Fighting broke out on Sunday in Somalia’s capital Mogadishu following the decision by President Mohamed Abdullahi Mohamed to extend his stay in power.

Soldiers loyal to his government and those opposed to him clashed with residents in the capital saying they heard gunfire across the city.

The spark of violence signals the dire political crisis Somalia which could further degenerate.

Tension has been growing after the country’s parliament approved a two-year extension of the president’s mandate.

The controversial special election bill was overwhelmingly approved by 149 members.

But opposition candidates and some of the regional state leaders have rejected the resolution.

The president himself then signed off the approval to stay in power for extra two years, a move the African Union has condemned.

There have been calls for dialogue on the election impasse in the country.

The government has however denied such claims with Somali Prime Minister Mohamed Hussein Roble now calling for negotiations after Sunday’s violence.