Detention of 21 LGBT activists in Ghana sparks protests in U.S 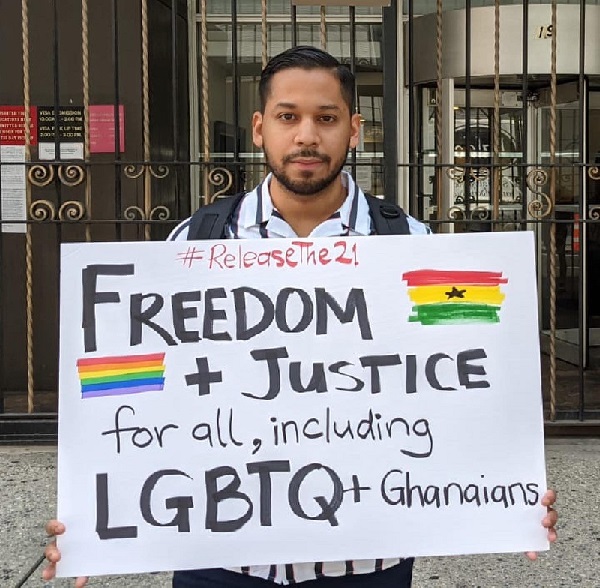 There have been protests outside the Ghana Embassy in the United States of America over the continuous detention of some 21 LGBTQ activists in the West African country.

If follows the latest decision of a court in Ghana’s Volta Region to deny them bail for the fourth time.

The court also ordered that the suspects be put into prison custody until their next appearance.

Julia Selman Ayetey, a lawyer for the defendants has told journalists that no justification was given for their continuous detention.

The Ho Circuit Court has today, June 8th, denied bail for the 21, on the bases that, the High Court had already denied them bail on June 1.
This brings to 3, the number of bail denials.
In the meantime, they are being sent to prison.
PC: @edemrobby pic.twitter.com/AyoY3SVCid

The decision to deny them bail comes days after the UN demanded their release, arguing that it is an infringement on international human rights.

The UN also said their detention also amounted to discriminated since it is based on their supposed sexual orientation.

#Ghana ??: UN human rights experts condemn arbitrary arrest of #LGBT human rights defenders, urge their release. “All evidence available points to the fact that they were detained while peacefully exercising their rights to freedom of expression, peaceful assembly & association.” pic.twitter.com/oCa08FLdja

The 16 women and five men were told to reappear in court on June 16 for their next hearing. Some were seen weeping after the ruling in the south-eastern city of Ho.

Uproar over establishment of LGBT office in Ghana