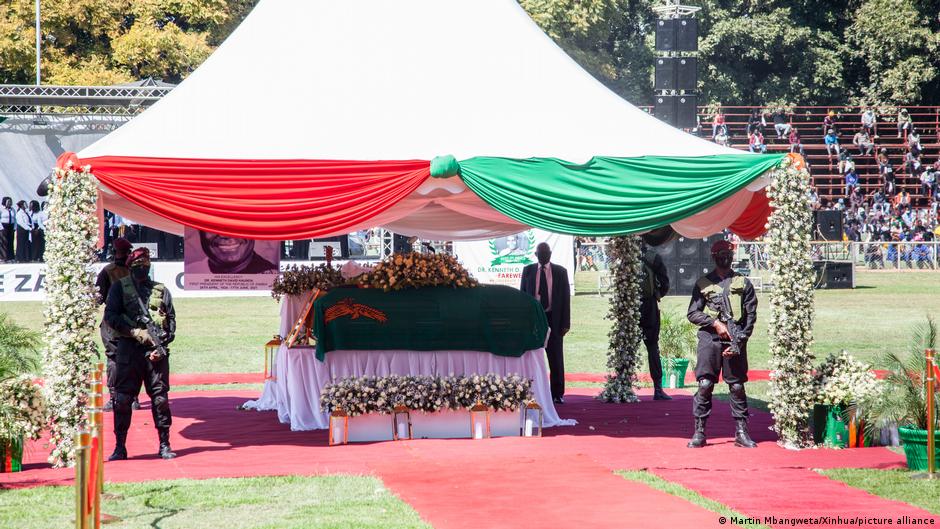 Zambia’s first president Kenneth Kaunda has been buried at a memorial site for former presidents.

He was laid to rest on Wednesday at the Embassy Park national site in the capital Lusaka despite a court appeal by his family members against this arrangement.

The government decreed that Kaunda would be buried at the Embassy Park where the other past presidents have been laid to rest.

But some of Kaunda’s children, grandchildren and great-grandchildren went to court asking that the former leader be laid to rest next to his wife Mama Betty Mutinkhe Kaunda.

A High Court rejected that application making way for the former president to be finally laid to rest.

Some boycotted the burial in protest which bring a closure to the funeral ceremonies.

Kenneth Kaunda ruled for 27 years as president and was nicknamed the “African Gandhi” for his non-violent activism.

The ex-president led then Northern Rhodesia to bloodless independence in October 1964 from the British.

He stepped down from power after he lost multi-party elections in 1991.

AU chairman calls for lifting of sanctions on Zimbabwe