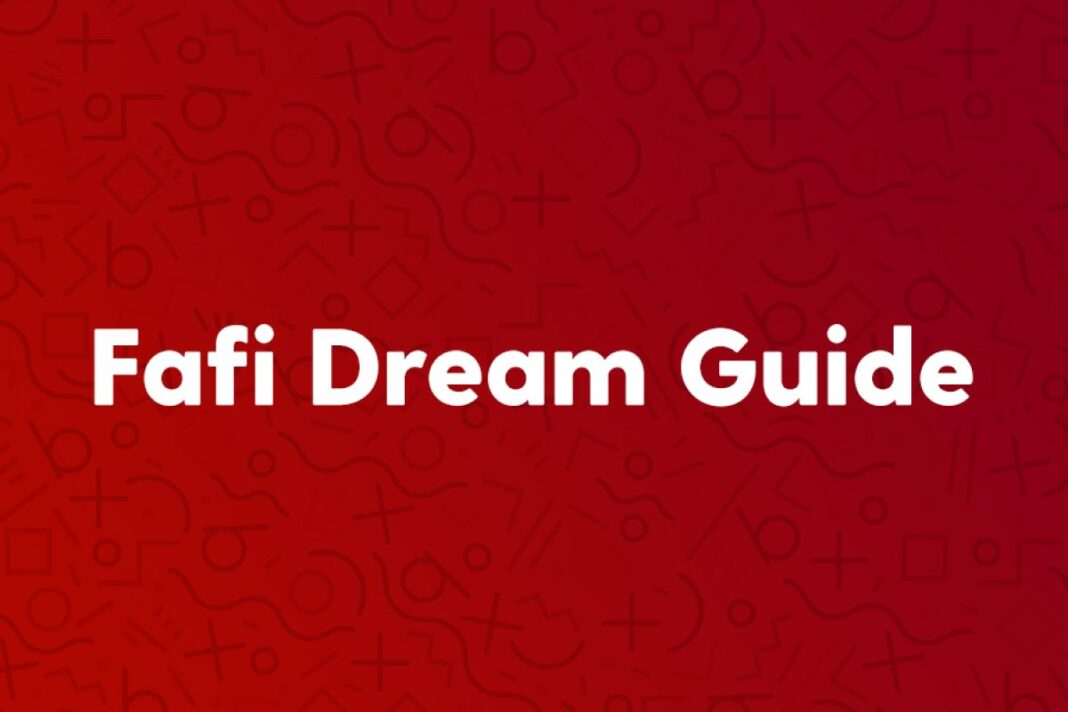 The Lucky Number Dream Guide, (or Fafi) is available on several local online gaming platforms in South Africa. The book includes a long list of numbers corresponding to various words and claims that our lucky numbers may be revealed in our dreams.

The dream interpretation is based on a variety of systems that come from old Chinese beliefs that some numbers are more auspicious or unfavorable depending on the Chinese word that the number name sounds like. Because their names sound close to words with positive connotations, the numbers 0, 6, 8, and 9 are said to have fortunate implications.

Chinese immigrants in South Africa established the Mo-China game, or Fafi numbers, which is said to have originated in South Africa and, although being outlawed in certain states, continues to thrive, particularly in South African townships.

The earlier betting method resembles a numbers racket. It involves a runner, typically a woman, delivering a bag of bets, together with the names of the betters and their money, to someone, generally a Chinese, who is visiting the person hosting the betting session.

The Chinese person will grab the runner’s bag and tell her the winning number in hushed tones. The runner will then indicate whose number has won with her hands, and that person will be rewarded. Only one number is picked for each draw.

Today, internet betting sites like Betway employ a simpler procedure, where punters can use the guide to pick their lucky numbers for the lottery or to help them place bets elsewhere on the site.

Try to recall what you dreamt about as much as possible to figure out which numbers are lucky.

When translating dreams to numbers, it’s best to start with the essentials, so if you can’t discover a match, reduce your dream down into its most basic form.

All of your dream words are presented alphabetically, from A to Z. The number next to each object represents the lucky number that came in your dream. Remember Betway is one of the available sites from which you can play the Fafi numbers game and win.

If your dream has more phrases and numbers than you need for your wager, consider which ones make you feel the best and cut the rest out.

If your dream has fewer words and numbers than you require for your wager, combine some or all of them to create new numbers, which you can use as well.