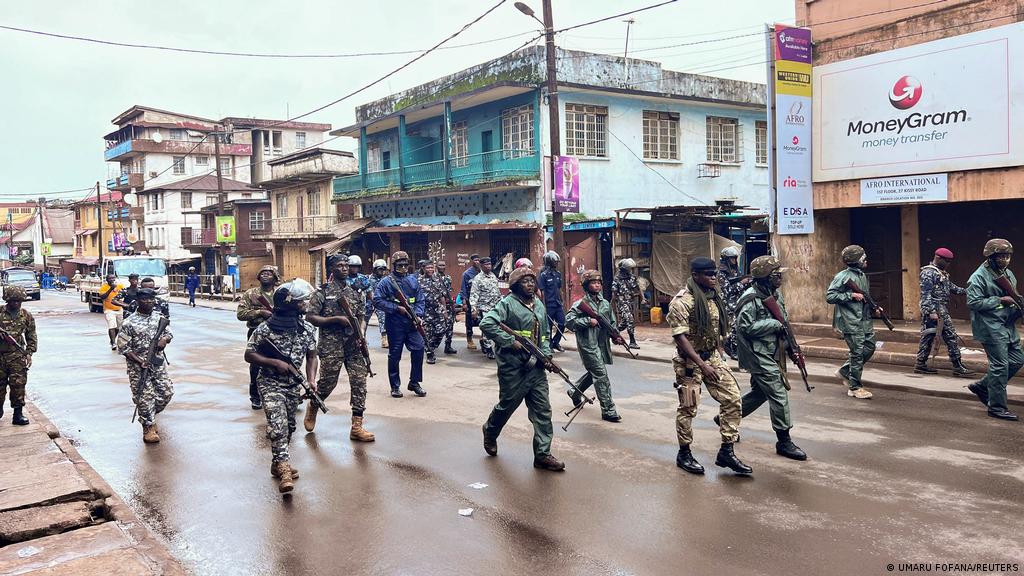 West African regional bloc, ECOWAS has condemned the recent violence in Sierra Leone that has led to deaths and the imposition of a curfew.

Some protesters and policemen have reportedly been killed during the third day of a three day protest.

The protesters, mainly youths have gained entry into the country’s Lungi airport after the military and police unsuccessfully tried to stop them.

Some of the protesters are demanding that President Bio must go.

Residents accused police of firing live bullets at the protesters resulting in violent clashes and the deaths, including some policemen.

In a statement ECOWAS said it “strongly condemns the violence that occurred in many locations in Sierra Leone and have led to loss of lives.”

ECOWAS called “on all to obey law and order and for the perpetrators of the violence to be identified and brought to justice, in accordance with the law.”

ECOWAS calls on all to obey law and order and for the perpetrators of the violence to be identified and brought to justice, in accordance with the law. 2/2

President Bio is out of the country with his family leaving vice President Mohamed Juldeh Jalloh in charge.

In a short state broadcast the VP announced the imposition of an indefinite nationwide curfew from 3pm local time on Wednesday.

He accused the protesters of destroying and burning down government property, including police facilities, warning that security forces had been authorised to deal squarely with law breakers.

Internet connection has now been restored in the nation’s capital Freetown, after disruption from Wednesday morning.

Food prices up. President continues travel and spending. No engagement.

The citizens are said to be venting their anger, discontentment and frustration over economic hardships, government’s alleged maltreatment and victimisation of opposition figures and failure to communicate with the population.

Presidential election is due in Sierra Leone next year but the protesters say Bio should not run for reelection.

ECOWAS and partners now need to act fast to prevent an escalation from this civil unrest in Sierra Leone, which has not fully recovered from its bloody civil war of 1991 to 2002.