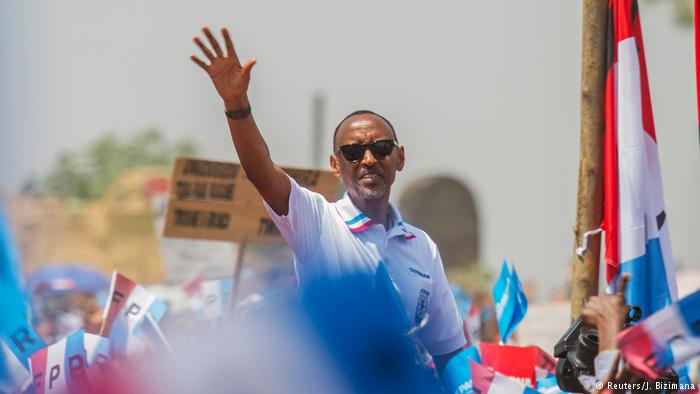 The President of Rwanda, Paul Kagame has revealed that he “intended to” leave office but his ruling Rwanda Patriotic Front party refused to let him go.

Kagame was asked at a panel discussion at the Mo Ibrahim Governance summit in Kigali that who will succeed him and he answered by saying that his ruling party should be asked.

“The succession plan is not mine. If it had been, I would not be here now; I would have left because that is what I intended to do,” President Kagame said.

President Kagame last year won the third term as a president to serve for another seven-years.

He was allowed to run for office after Rwandans voted in a referendum to emend the country’s constitution to suspend presidential term limits.

Kagame said he “intended to serve the two terms and leave; that was my intention and it is clear, I don’t have to keep defending myself on it. I was deeply satisfied in my heart … until people asked me to stay,” he said.

“And even then, it took some time before I accepted; finally I did because of history — the history of my involvement in politics and being a leader which started from childhood,” he further added.

Kagame claimed it has never been his ambition to be president. “In 1994, my party had taken it for granted that I was going to take the helm as the leader. I told them to look for someone else. I told them I wasn’t prepared for it; it was not what I was fighting for,” he said.

“I became vice president and Minister of Defence. Later, then president (Pasteur Bizimungu) had problems with parliament and was impeached. They turned to me and asked me to lead and I said yes.”

President Kagame has said there will come a time when no amount of persuasion from his party or the citizenry will convince him to stay on.