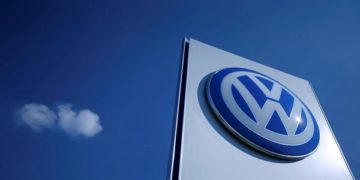 German car-maker, VW is set to establish an assembling plant in Ghana. German Chancellor Angela Merkel made the revelation during her trip to the West African nation on Thursday.

Ghana’s President Akufo-Addo welcomed the idea of having VW vehicle plant in his country. He expressed his government’s commitment to ensure that the project takes place.

The European giant believes equipping Ghanaian youth to establish their own businesses is the best way to stop illegal migration.

Volkswagen already builds vehicles in Kenya. In June it announced the opening of car plant in Rwanda as part of its expansion project in East Africa.

This will be the first of such plant in the East African nation. The German car-maker announced this year of building up to 5,000 cars per year.

Creating a market in Africa is key for the company.

In June, another German car-maker, Mercedes Benz said it was set to invest $700m in South Africa as part of expansion plans.

The company said expanding its production operations in South Africa with such an investment will “equip it for the future”.