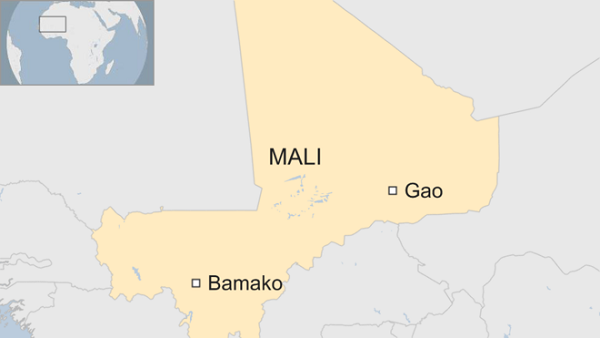 Northern Mali continues to be a restive region witnessing a surge in ethnic clashes over land and essential social amenities.

Northern Mali continues to be a restive region witnessing a surge in ethnic clashes over land and essential social amenities.

Officials have not been able to reveal the identity of these gunmen yet.

Reuters quotes Menaka town mayor Nanout Kotia as saying that “Armed men riding several motorbikes, as is their custom, encircled these villages and shot at the people.”

Mali: UN condemns the killing of 3 peacekeepers in deadly attack

Kotia told Reuters “the death toll is high” indicating as many as 34 Tuareg were killed in two nearby villages on Tuesday.

Disputes between the nomadic Tuareg and herder Fulani ethnic groups in Mali has led to several deaths. Thousands have also fled over the past year.

Fulanis in Mali have for years clashed with indigenous communities.

Mali continues to suffer from attacks carried out by militant groups. Inter-ethnic clashes have also taken a toll on the country.

Qatar recently showed commitment towards supporting the fight against militants operating in the African Sahel region.

Ghanaians outraged over murder of journalist