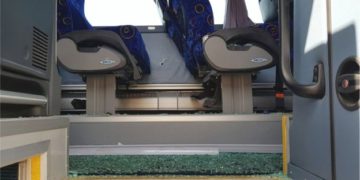 At least 16 people were injured in the blast which occurred near Egypt's pyramids in Giza. 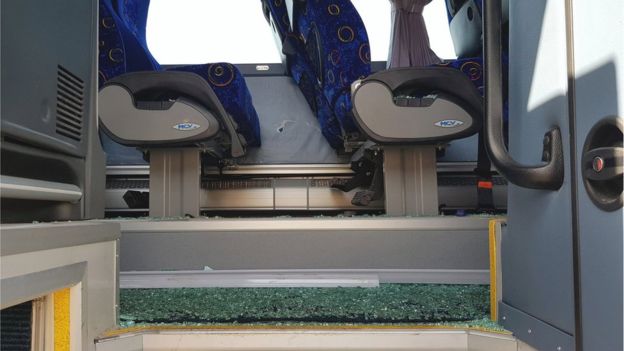 Broken glass lay on the floor of the bus after the blast. Photo: Reuters

The 24 South African tourists who survived a bus explosion on Sunday returned home on Monday.

The South Africa’s Department of International Relations and Cooperation (Dirco) made the announcement hours after the incident.

24 out of the 28 tourists arrived at OR Tambo International Airport on Monday morning, according to Dirco officials.

At least 16 people were injured in the blast which occurred near Egypt’s pyramids in Giza.

A device went off close to the Grand Egyptian Museum fence while the bus carrying the tourists was passing.

Although no group has claimed responsibility yet, such attacks are usually carried out by Islamist militants who continue to attack tourists in Egypt.

Spokesperson for Dirco, Ndivhuwo Mabaya told News24 that “Four have remained behind in Egypt. Three are being treated in hospital, while one lady remained behind to assist her [injured] husband.”

“We will continue to provide consular support,” Mabaya said.

The location of the blast is noted for such attacks, which continues to be a challenge for Egyptian officials.

Last year three tourists from Vietnam and their Egyptian tour guide were killed after a bomb went off on a roadside in Egypt’s Giza region.

The tourism sector is still recovering after tourist numbers dropped in the wake of a 2011 uprising.

Egyptian officials continue to struggle to make some tourist sites safer for tourists.