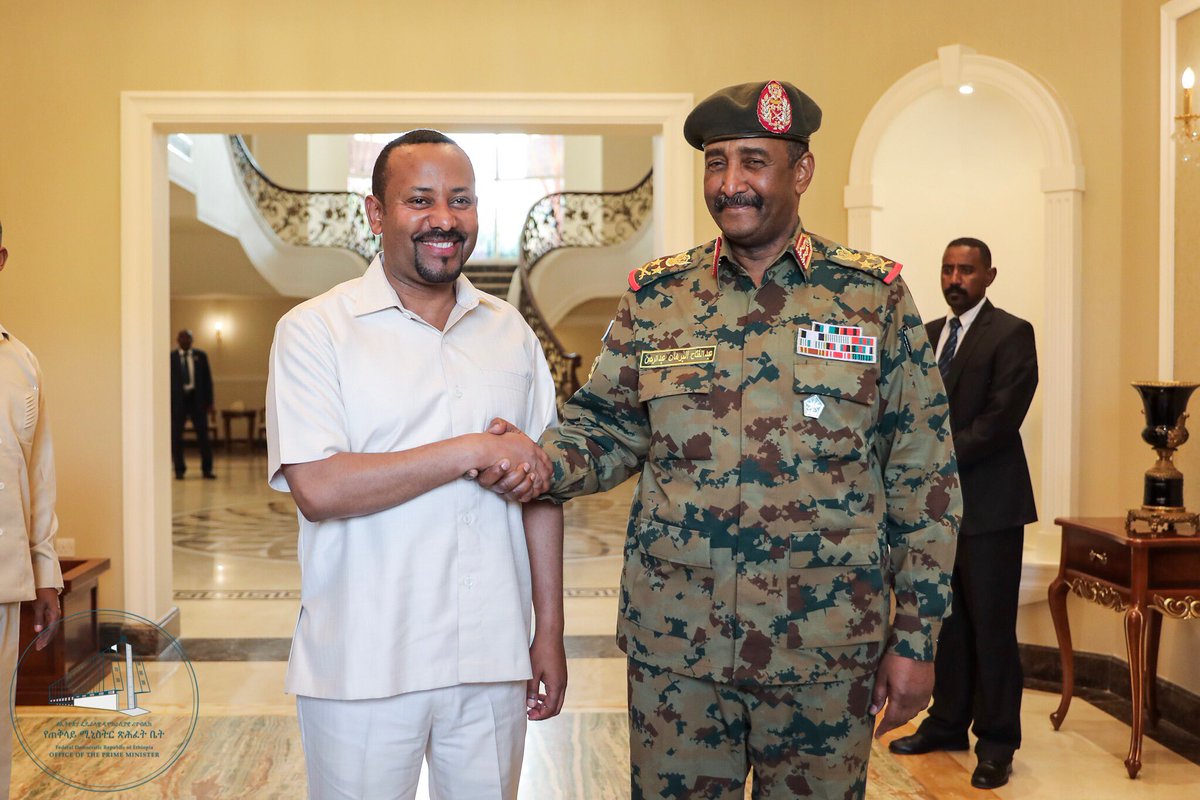 A day after the African Union suspended Sudan’s membership, there are efforts ongoing to resolve the country’s political crisis.

He is expected to help mediate in the crisis and get the Transitional Military Council and the protesters to resume talks.

His office shared pictures of the Prime Minister in Sudan on his twitter page.

The decision to suspend Sudan from the AU was made unanimously by members at an emergency meeting of the AU in Addis Ababa.

The continental body earlier warned Sudan of sanctions if it did not return to a civilian rule. A sixty day ultimatum was given after Omar al-Bashir was toppled in a military coup in April.

But after continued protests, soldiers moved in on protesters this week shooting into them.

Prime Minister Abiy Ahmed, together with his delegation, arrived in Khartoum, Sudan this morning for talks with the Chief of the Sudanese Transitional Military Council, Lt. Gen Abdel Fattah al-Burhan.#PMOEthiopia pic.twitter.com/HaUPXMGv67

The subsequent deployment of powerful paramilitary forces on the streets of Sudan’s major cities resulted in further attacks on civilians.

On Wednesday hundreds of bodies were pulled from the River Nile in Khartoum as a result of the crackdown.

Over hundred people are now confirmed dead from the violence.

Liberians stage mass protest as they push for reforms