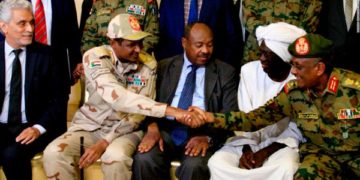 The agreement will be in place during the transition period leading to elections. 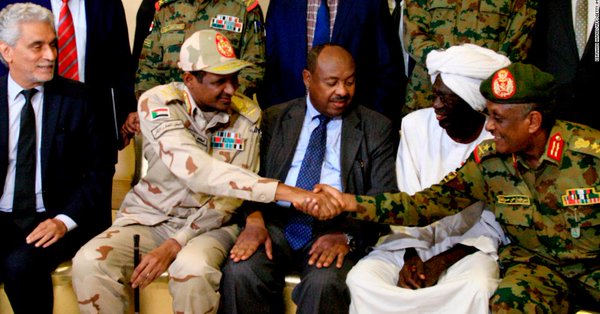 Sudan’s opposition and the ruling military council as well as protest groups have agreed to share power.

The agreement will be in place during the transition period leading to elections.

News of the agreement sparked street celebrations by thousands of people.

Talks were held in Khartoum for the past two days towards ending the political crisis in that country.

African Union mediator Mohamed Hassan Lebatt told journalists that the parties agreed to “establish a sovereign council by rotation between the military and civilians for a period of three years or slightly more.”

That means the military will be in charge for the first 18 months, then a civilian-run administration for the remaining 18 months.

The parties also agreed to form an independent technocratic government. There will also be a transparent, independent investigation into violent events in recent weeks.

Deputy head of the Transitional Military Council, General Mohamed Hamdan Dagalo said after that “We would like to reassure all political forces, armed movements and all those who participated in the change from young men and women … that this agreement will be comprehensive and will not exclude anyone.”

He continued saying “We thank the African and Ethiopian mediators for their efforts and patience. We also thank our brothers in the Forces for Freedom and Change for the good spirit.”

An opposition leader, Omar al-Degair said “This agreement opens the way for the formation of the institutions of the transitional authority, and we hope that this is the beginning of a new era.”

The north African country has been in turmoil for most parts of this year. Protests forced long time leader, Omar al-Bashir to be toppled from power.

Many protesters have also been killed throughout the year as citizens push for a civilian regime.