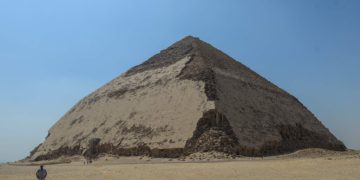 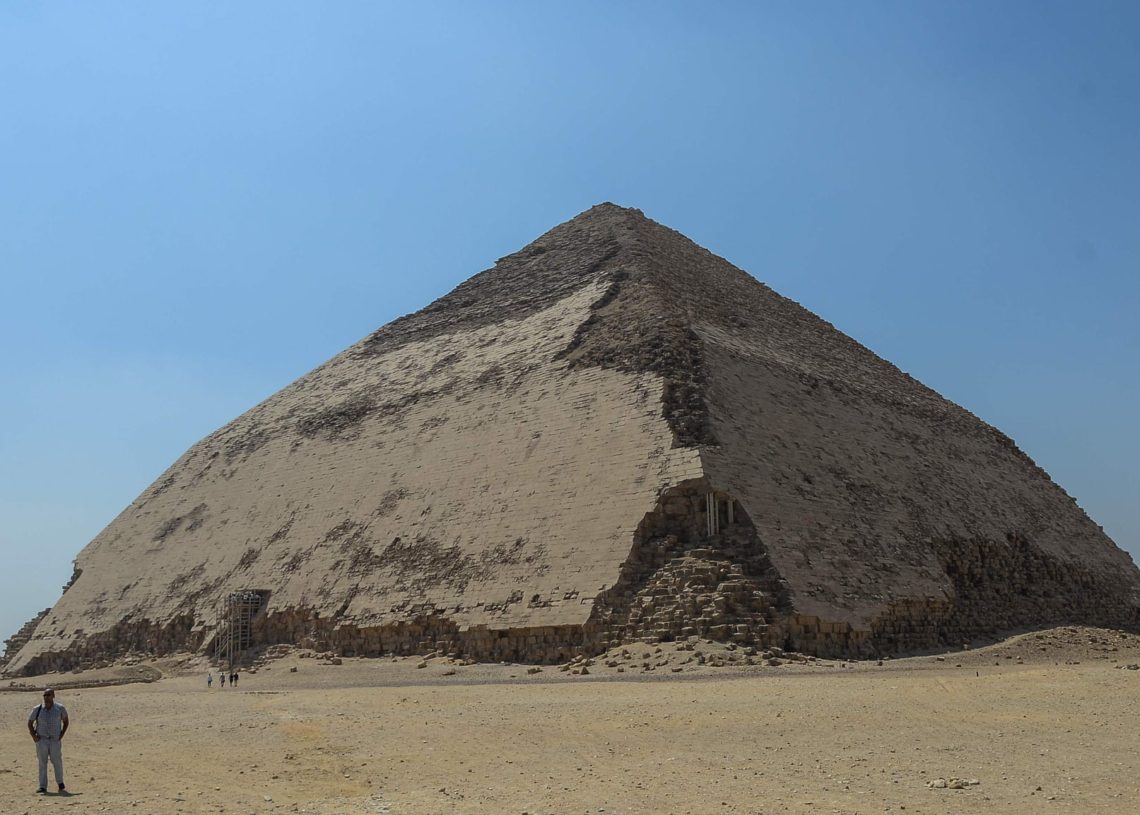 Visitors have been trooping to the famous “bent” pyramid in Egypt after it was opened to the public for the first time in 50 years.

The pyramid which was built for the pharaoh Sneferu, a 101-metre structure south of Cairo since last Saturday has been available for visitors to enter.

Tourists who visit the pyramid now have the chance to walk down a 79-metre long, narrow tunnel from a raised entrance on the pyramid’s northern face.

They would then be able to to reach two chambers deep inside the 4,600-year-old structure through the tunnel.

The facility was closed for restoration works in 1965, restricting access to the public.

Researchers however changed the angle of the “bent” pyramid following detection of cracks in the structure.

The changes affected the angle at which it arose from the bottom to make the structure more stable.

The “bent” Pyramid is one of three built for Fourth Dynasty founding pharaoh Sneferu in Dahshur, at the southern end of the Memphis necropolis, a Unesco world heritage site.

Egypt’s Antiquities Minister Khaled al-Anani led a group of Egyptian leaders and 40 ambassadors from foreign countries to Dashur for the unveiling.

He said excavators have also unearthed numerous sarcophagi inside the Bent Pyramid, many of which housed mummies in preserved condition, as well as stone-cutting instruments.

The excavation was part of a string of archaeological excavation and restoration efforts by Egypt. Started in August 2018, it is expected to end in April.

Egyptian officials are hoping to promote tourism at Dahshur, south of central Cairo, in the open desert.

The promotion of Dahshur is however part of a bigger agenda to boost tourism, a major source of revenue for Egypt.