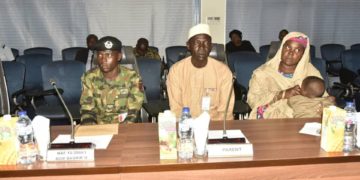 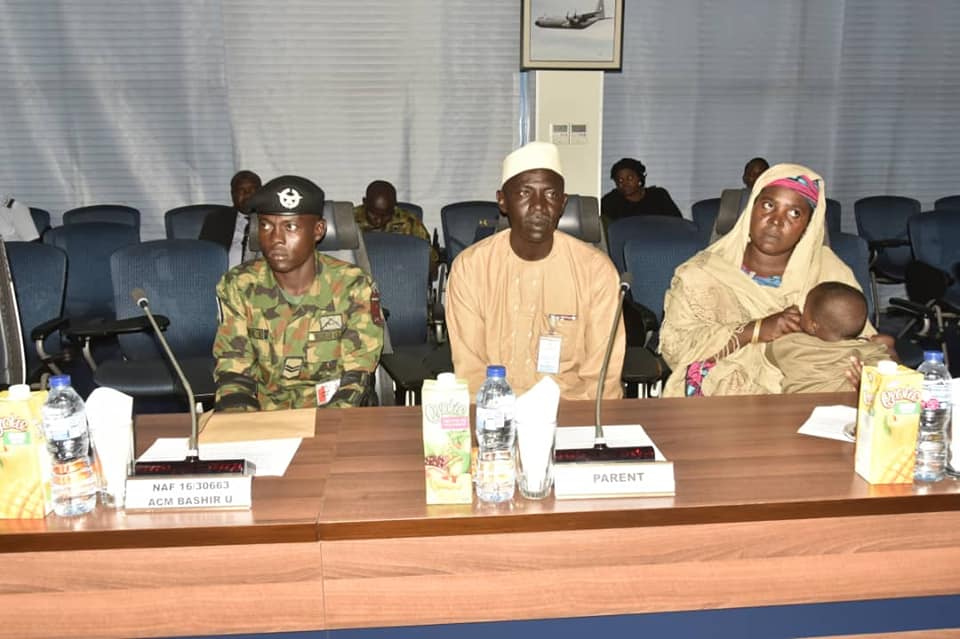 Umar with his parents at the event to receive his award. Photo: Nigeria Airforce / Facebook

Bashir Umar this week got promoted from aircraftman to the rank of corporal, a promotion that should have taken him 10 years to achieve.

The Nigerian air force officer got many people talking across Nigeria and around the world for his action.

But he has explained why he did that after receiving his reward for his action.

Umar told the media this week that he returned the money due to good parenting.

According to him, he was trained to be honest and due to that he couldn’t keep money that did not belong to him.

Umar said it was part of the discipline he got from home and in service.

As a member of the force’s Mobile Air Defence Team, he found the parcel containing lost money while on routine patrol with his colleagues.

He was part of the team deployed to the Kano airport, northern Nigeria, for security duties.

According to the air force, instead of keeping it, Bashir Umar called the telephone number on the parcel.

The phone number happened to be the contact of the owner of the money.

Even the country’s President, Muhammadu Buhari has commended Umar for his honesty.

In the past Nigerian officials have rewarded individuals who have acted in similar ways.

In September last year again a cleaner was commended for returning “lost valuable” of a passenger.

16-year-old Nigerian girl scores A in all WAEC subjects