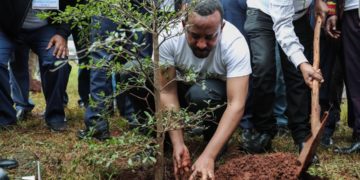 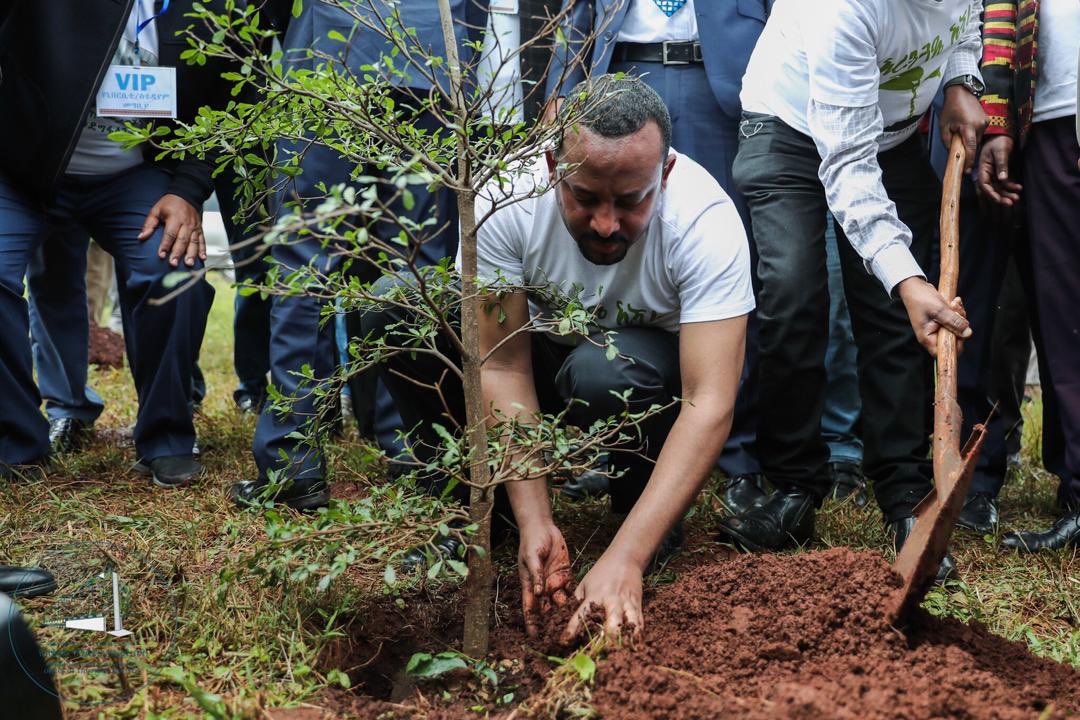 Ethiopia on Monday made history by planting 350 million trees in a day. It had initially targeted a figure of 200 million as part of efforts to protect it’s environment.

The country thus could be said to have achieved a world record of planting the highest number of trees in a day.

The record for the highest number of trees planted in a day, according to the Guinness Book of Records, is held by Ken Chaplin of Canada.

As part of the Green Legacy Initiative, Ethiopia’s Prime Minister Abiy Ahmed is leading himself by planting a few seedlings in ArbaMinch, southern Ethiopia.

He shut down official work on Monday for civil servants so they can take part in the campaign.

There is a large of rapid agriculture expansion, construction and development of new areas to cater for the 105 million populace.

Many forest reserves are under threat with estimated 70 million grazing animals.

Almost nine households in 10 in Ethiopia still relying on wood for fuel.

The tree cover in Ethiopia now is just 13% as at today and the only way out is to begin to plant new trees.

According to the UN, Ethiopia’s forest coverage has fallen from 35% of the total land in the early 20th Century to a little above 4% in the 2000s.

Impact of no trees

Ethiopia in recent years also witnessed droughts in parts of the country due to lack of rainfall.

The result is the death of over 2 million animals in 2017. More planting is happening during the rainy season.

Ethiopian Prime Minister Abiy Ahmed in May launched the entire project by planting himself as a symbolism.

His office said in a statement then that “Over the past years Ethiopia’s forest coverage has decreased (in recent years) and the initiative is set mobilize national reforestation at 40 trees per head.”

It may be very ambitious but expectations are high that this project succeeds to save the environment in Ethiopia.

In many African countries, governments are still struggling to control the destruction of forest reserves.

There are however subtle campaigns for planting of trees but not on the large scale such as Ethiopia.

Rita Dominic still waiting for the man of her dream

The Village where male children are rarely born