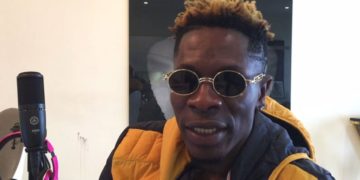 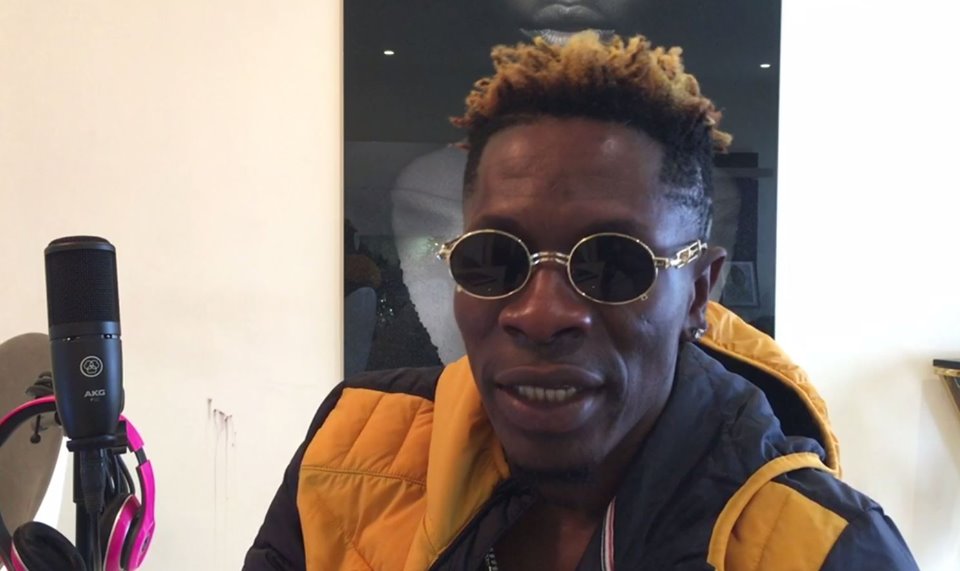 He had just launched his new album ‘Wonder Boy‘ which comes barely a year after his ‘Reign’ album was released.

Despite being on a short break, the popular Musician isn’t resting, but determined to still produce a song he promises will be a hit soon.

The dancehall artiste has a huge following in Ghana because of his story. He comes from a difficult background while growing up in one of Ghana’s biggest slums, Nima.

His upbringing and struggles influence his lyrics which many consider controversial, but it has taken him far.

Shatta Wale’s songs resonate with millions in rural and urban communities in Ghana and even beyond.

The 2014 Artiste of the Year award winner at the Ghana Music Awards told Africa Feeds, the journey hasn’t been that easy due to a childhood that made him prone to crime and social vices.

“It hasn’t been easy for me getting where I have gotten and I believe with the focus and determination, one can get there. I will just say I had a little challenges here and there, coming up as a musician, growing up wanting to be a star.

It is a tough line of business but the motivation works through the fans. Each and every day when I wake up, we share stories, me and my team talk about issues, we have problems and I put all of them into Music, make sure I commercialize it,” he said.

Shatta Wale at some point in his struggles in the slums and on the streets of Accra struggled to even make ends-meat but music came in to save him.

His remarkable success story in music over the past decade makes him the toast of young people, many of whom have a struggling background compounded by poverty.

In a small room in Accra’s airport residential area, Shatta Wale is meeting some young people who had visited him from Nima for a mentoring session.

They discussed issues of life on the streets and how to face challenges.

Giving back to society

Shatta Wale said he periodically engages in this as well as donates books to schools and school children in deprived communities as a way of giving back to society.

Despite his fame and wealth Shatta Wale is worried about the next generation and wants to play a role in inspiring them.

He said “I grew up in Nima and that is where I started seeing some revelations about my musical career so as I am growing up I always enter into the ghettos into the Zongos, where I talk to them about how to be yourself and really respect what you are doing.

So most a times, I tell people that I pay my tithe on the streets, not just on the streets but these areas, the slums, the less privileged areas that I feel that I can touch someone and change a life.”

For many of the young people who support him and his music, his story connects with theirs and there is no better person to motivate them.

One of them told Africa Feeds that Shatta Wale “teaches me a whole lot of things in life, so I feel like he is a great motivation to me and the youth out there. I think Shatta is just great for Africa.”

The ‘Dancehall King’ hit maker continues to grow his fan base across the continent.

Pop singer Beyoncé this year featured him on her Gift album alongside other African artistes.

Shatta Wale revealed that the collaboration has been instrumental in rethinking the business side of his career.

“To see a top artiste like Beyoncé putting me on a track, means a lot and it is a build up for our music industry for us to see that we can get far if we really want to.

Working with Beyoncé on a track has made me seen how business minded they are to look for talent and work with and people are also going to get that opportunity as time goes on and that is what we need for the next generation,” he said.

Shatta Wale is hoping for more success in the future but says touching many lives with his songs and inspiring young people to showcase their talent in Music rather than vices are paramount.