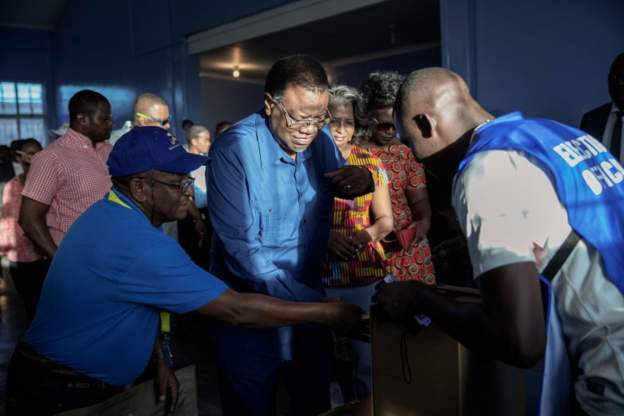 Namibians went to the polls on Wednesday to vote for a new president and parliamentarians in elections considered crucial and anticipated to be tight.

The ruling Swapo party has been in power since independence from South Africa in 1990 and is expected to prolong that hold on power.

Incumbent President Hage Geingob who is the country’s third leader since independence is seeking a second and final term in office.

He is facing opposition from Namibia’s first female presidential candidate, Esther Muinjangue as well as Panduleni Itula, who is a member of the ruling SWAPO party but running as an independent.

Voters will be electing 96 members of parliament with the ruling SWAPO already having 77-seat majority and hoping to hold on to it or add more.

Namibia’s economy has been marred by a drought that has impacting its agricultural sector, affecting exports.

The next leader also needs to address the issue of youth unemployment.