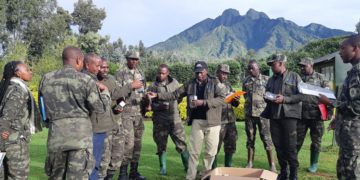 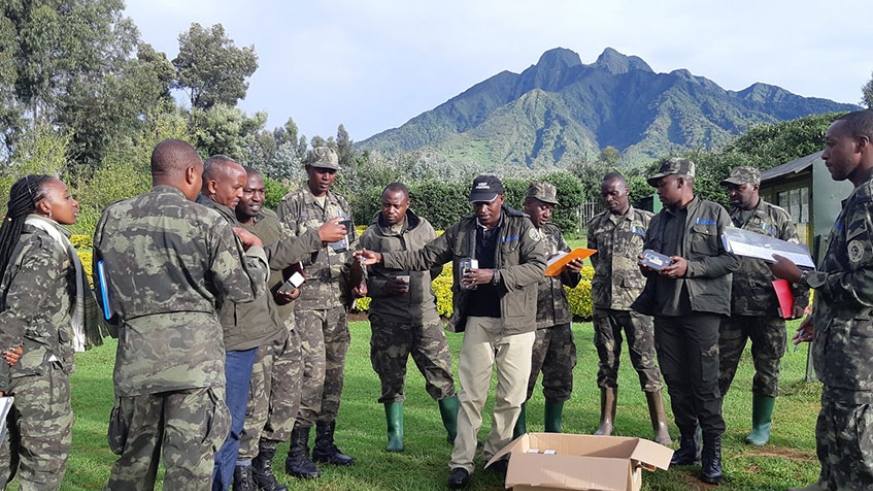 Game rangers in the Volcanoes National Park are some of the people that have so far received smartphones under the Connect Rwanda challenge. Courtesy

Rwandans are donating and pledging thousands of smartphones so that those who can’t afford such devices access one and get connected.

So far the country has been able to mobilize over 31,000 smartphones under a project called the Rwanda Connect Challenge.

The main aim of the campaign is to mobilise people to contribute to providing smartphones to Rwandans who cannot afford them.

The Challenge was initiated by telecommunication company, MTN Rwanda with support from the country’s Ministry of ICT and Innovation.

According to government officials, the quest to mobilize enough smartphones for the poor will run until June 2020.

Rwanda’s Minister of ICT and Innovation Paula Ingabire said that “We want to focus on training, sensitisation and awareness so that Rwandans who will be given these phones understand the value of such phones … beyond making calls and sending text messages,  rather other services.”

The new phones were the first “Made in Africa” models produced by a Rwandan based company called Mara Group.

Mara X and Mara Z are now available for purchase to consumers. They were showcased in May last year at a Tech summit in Paris.

President Kagame said at the time of the launch that he hoped the new phones would increase Rwanda’s smartphone usage, currently at around 15%.

“Rwandans are already using smartphones but we want to enable many more. The introduction of Mara phones will put smartphones ownership within reach of more Rwandans,” Kagame said.

The campaign to get as many Rwandans to use smartphones appears to be a major target of the government.

KFC Wedding: How social media made a 'dream come true'

Zimbabweans 'pray it rains' as severe drought hits the country