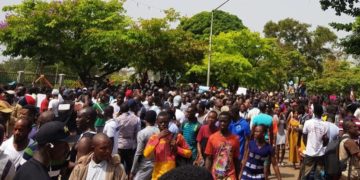 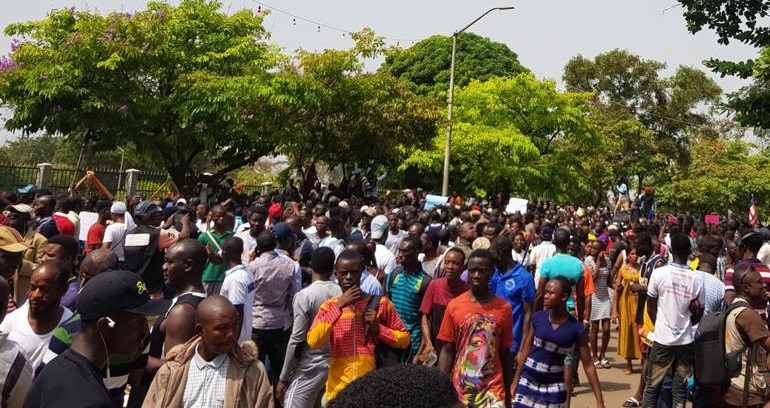 Thousands marched through the streets.

Thousands of Liberians on Monday marched through the capital Monrovia against deepening economic crisis.

The protest was organized by Liberia’s Council of Patriots, an activist group against the George Weah government in the wake of heightened tension over management of the Liberian economy.

Liberia is yet to fully recover from the years of civil wars and the 2014-2016 Ebola crisis.

Many Liberians have expressed disappointment in the George Weah administration as it struggles to pay salaries and pension and reduce inflation.

The protest was the second against Weah’s handling of the economy in less than a year.

In June last year protesters demanded to know what happened to $25 million his government withdrew from Liberia’s Federal Reserve account for infusion into the economy.

Henry Costa, chairman of the Council of Patriots (COP) took to social media to hail the protesters.

“I am right now in the streets, there are no guns, no police is chasing anybody,” Costa posted on social media on Monday. “We have to make history.”

The COP had been calling for Weah to step down, saying that he is incompetent to lead Liberia.

But that move has been described as undemocratic by many.

Mr. Weah has accused opposition politicians of organising the demonstration and called on them to focus instead on creating jobs.