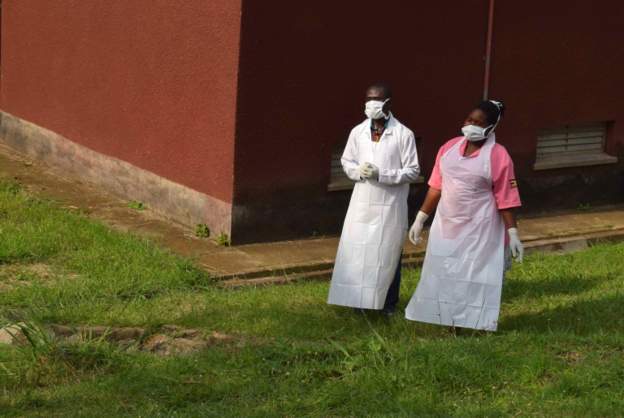 Uganda’s Rukungiri District Health Officials (DHOs) are in trouble over their inability to account for about $490,000 meant for Ebola sensitization in the area.

The Ebola fund was disbursed by the United Nations Children’s Fund (UNICEF) and World Bank in 2019.

Ebola task force members in the Rukungiri District complained of not being paid over a period of time, prompting auditing.

The task force was expected to conduct public Ebola awareness campaigns through radio, public gatherings and distribute educational materials among other activities.

None of the activities were conducted and the officials can’t account for the money.

He told the media that the misappropriation of the money by the two officials sabotaged the mass Ebola sensitization campaign in the district.

Rukungiri District LC 5, Chairperson also said at a news conference that two officials will be compelled to refund the money when investigations are complete.

The two, Ndyanabo and Mucunguzi have replied to the allegation saying they received the money towards Christmas festivities and could not carry out sensitization.

According to them the money is still in a bank account and will be used for the sensitization program.

It is believed that the development will go a long way to adversely affect the gains the country has chocked in fighting the Ebola epidemic scaring the country.

Uganda is already struggling to get enough funds to sensitize its populace across on Ebola.

The incident could also discourage donor agencies from contributing to push Ebola sensitization programs in Uganda.

But the World Health Organisation (WHO) says that Uganda’s Ebola purse currently has less than half of the required total budget.

In June 2019 Uganda officials suspended mass gatherings in the Kasese district where cases of the deadly Ebola virus were recorded.

At the time two people died from the disease all from one family. The victims both got infected after coming into contact with someone who had Ebola.

They had crossed over into Uganda from DR Congo, according to health officials.

Since then Uganda has been vaccinating its citizens and rolling out sensitization programs on Ebola to prevent potential and massive outbreak.