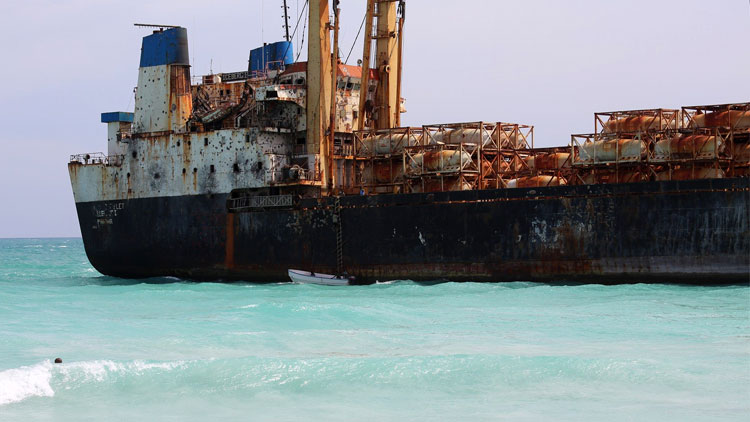 “When the emergency alarm sounded, we quickly climbed to the next deck to find out what was happening. Upon getting there, gunshots! Bullets were hitting our ship! I was so frightened,” Ghanaian national Jewel Ahiable narrating how he was captured by Somali Pirates to Africa Feeds.

He and others captured went on to spend 1,000 days in captivity before gaining their freedom.

Ahiable said it all started on the 28th of March 2010, at the port of Eden. He was on board the MV Iceberg I with 23 colleagues from 6 different countries.

The cargo vessel was en route to Dubai. But that was never to be. The vessel was approached by Somali pirates.

Jewel recounts how eight masked and armed men attacked the ship, took control of it and demanded 10 million dollars in exchange for their freedom.

“We were asked to sit down, all our colleagues joined us and the pirates asked us to be calm, they said they would not harm us, all they wanted was money,” he told Africa Feeds in Ghana’s capital Accra.

As days turned to weeks, months and finally years, the 24 man crew was physically and mentally abused and tortured.

They were made to eat dirty rice and drink salt-water contaminated with petrol.

According to Jewel, this continuous torture took a toll on his colleagues. The ship’s third officer had a mental breakdown seven months into the ordeal and attempted suicide.

Though unsuccessful, he died days later under unknown circumstances. What was most traumatic about the loss of his colleague however was the constant presence of the body, stored in a faulty fridge used for foodstuff on board the Ship. 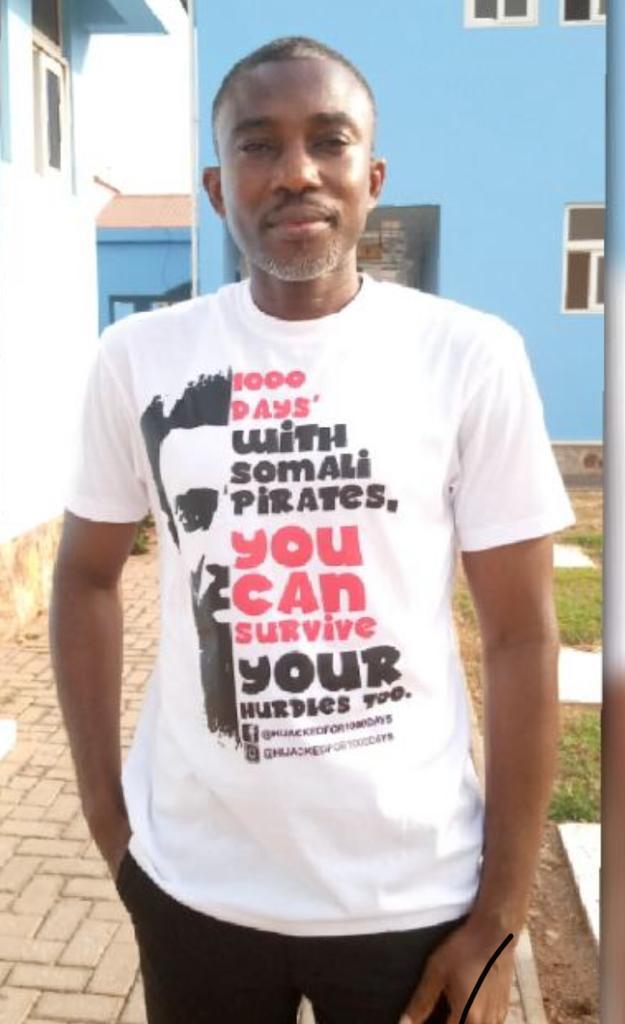 Attempts to get help

Though in captivity, the hostages were able to make calls (using a secret phone) to their home countries, international bodies and their families.

The pirates even offered their phones for the hostages to describe their plight to the international community.

It was hoped that this would move the ransom negotiation processes along faster. But the response was always reassurance without action.

“We communicated to various vital organizations that we thought could help, because we were actually describing what we were going through. All they told us was that they were working on it.

All the governments we contacted were giving us the same response that they were working on it. We even spoke to the ship owner on several occasions but nothing came of it,” Ahiable said.

A frustrated Jewel believes if any of those on board the MV Iceberg I were citizens of the United States of America, they would have been rescued long before the 1000 days elapsed.

Especially after naval ships approached the MV Iceberg I but failed to rescue the crew. Jewel asked “if an American was on board our vessel, would we not have been rescued? We would have been rescued”.

A rescue operation to ensure the safe release of the hostages began on December 10, 2012.

“It was 13 days of gunfire on land, sea and air. There was a helicopter bombarding our ship. We were looking for death but death rejected us,” he said.

Finally, the bandits surrendered, releasing Jewel and his colleagues, all 22 of them.

The kidnappers were however let go as they reached an agreement to release the hostages in exchange for their freedom.

On land at last and a free man, Jewel and his colleagues returned to their respective countries to a warm welcome from their families and loved ones.

They however never received backdated wages, as per maritime law or compensation.

Today Jewel devotes his time to evangelism, Training and promotion of his book ‘Hijacked: 1000 Days’ Harrowing Experience In The Hands Of Somali Pirates.’

He hopes that his story will effect change, and push respective governments to invest in maritime security and protection, not just along the coast of Somalia but also closer to home on the Gulf of Guinea.

International Maritime Bureau (IMB) has said in its annual report that the West Africa coastline recorded a 50% increase in kidnapping of sailors in 2019.

The report said there was an overall decline in piracy incidents worldwide but the number of sailors kidnapped off West Africa rose to 121 in 2019 from 78 in 2018 in the Gulf of Guinea.

This trend represents 90% of global kidnappings reported at sea worldwide.

The Gulf of Guinea is considered among the most dangerous waters in the world and “vessels remain at risk in several regions”.

“These latest statistics confirm the importance of increased information exchange and coordination between vessels, reporting and response agencies in the Gulf of Guinea region,” Michael Howlett, director of IMB said.

A secessionist group in Ghana called “Homeland Study Group Foundation” on Friday blocked major entries into the Volta region. Members of the group according to...
Read more
World