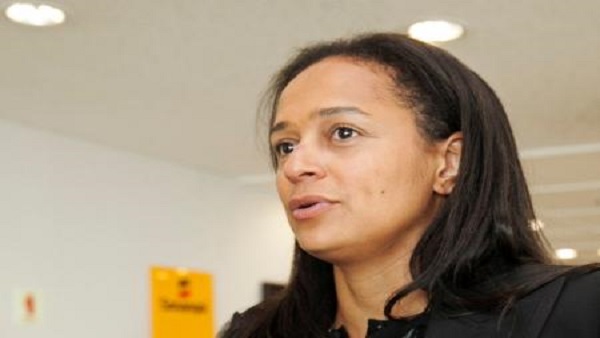 Isabel dos Santos turns a corner in central London and walks towards me. There is no security, no limousine or any of the other billionaire paraphernalia you might expect from one of the world’s richest women.

She exudes a cheerful, unruffled, unruffle-able calm alongside something sterner, steelier the ruthlessness.

Perhaps of a woman who has spent much of her privileged life being judged and pigeon-holed, and has learned to plough on regardless.

“I’m asymmetrical,” she tells me. Twice. “I’m not what you would expect. I’m not in that box.”

Africa’s richest woman wants to run for president in Angola

We’re meeting because Ms Dos Santos is in some trouble. Her assets have been frozen by a court in Angola.

And leaked documents have prompted some uncomfortable allegations from investigative journalists who say they’ve discovered evidence that her vast business empire is built on nepotism, on dodgy deals, on the exploitation of one of Africa’s most isolated, most unlucky nations.

All lies, she insists. With a smile and a hard stare.

She is a western-educated, multi-lingual, female entrepreneur, with plans to shake up Angola.

She says her success was all down to hard work. Building a mobile phone company from scratch. Diversifying. Buying one of those yachts.

Again and again, she rejects – with steely restraint – the idea that her fortune owes anything to the fact that, from the time she was a child until three years ago, her father, Jose Eduardo dos Santos, was the president of Angola. President of a notorious, war-ravaged kleptocracy.

The former first daughter rolls her eyes. She’s heard this story a million times. It’s pure “prejudice,” she tells me.

When she says she’s now being targeted by those who took over from her father – scapegoated, neutralised by other rich generals – Ms Dos Santos has a point.

The criminal cases reportedly being built against her in Angola may be about justice, and a long-overdue fight against corruption, but they’re also – incontestably – political. Prompted by the power struggles and survival instincts of the governing party, the MPLA.

During the course of an hour-and-a-half’s conversation, Isabel dos Santos remains unruffled. She bats away each allegation of corruption not with contempt, but rather with detail and context.

She knows every inch of her empire, and she’s now fighting for it, and for her reputation, and perhaps – if it comes to that – for her freedom.

We stand up, shake hands… and walk back out onto the dark street. Africa’s asymmetrical billionaire tells me she’s off to see her lawyers. I imagine they’ll have plenty to discuss.