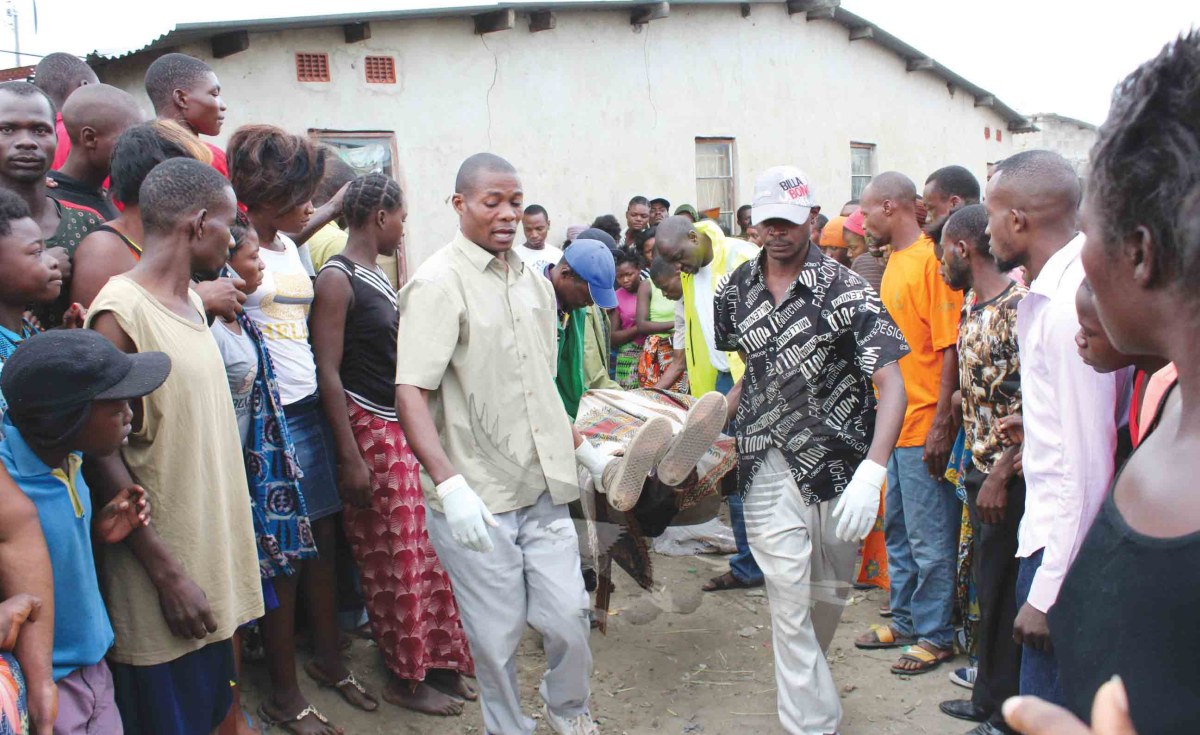 The past one month in Zambia’s Chingola town, on the Copperbelt province, has been marred by a lot of dramatic events, as residents continuously live in fear, amidst reports of a series of attacks by unknown people, who they suspect to be ritual killers.

Most residents claim that the attackers have been spraying households with a substance that puts them to sleep before they break in and  hack occupants, cut their private parts and sometimes  even kill some.

This is causing extreme anxiety at night, for many there, according to some residents. “Chingola is no longer a safe place. People do not sleep,”  says Benard  Mubanga.

Haggai Mulenga echoes this, saying, “we are being murdered by our fellows like goats. Each night we go to bed, we do not know what these unknown killers will do to us.”

Mulenga has written an open letter to the President of Zambia, asking him to take greater measures in finding and punishing the perpetrators of these crimes.

The Zambia police has all this while been dismissing the residents  claims, saying no family has registered any loss of a member and arrested some members of the public who had insisted on contrary accounts, on charges of ‘inciting riots and publishing false news’.

Other residents were nabbed for rioting, looting shops and destroying property, because of concerns that the police were not doing much.

“There are no ritual killings on the Copperbelt, but what has happened so far, is that out of some false information, there has been confusion that has been created by individuals who have ended up into some riotous situations,” said Acting Inspector General of police.

But just a few days ago, after a military group was deployed to restore order in  the area, Copperbelt Province Police Commissioner, Charity Katanga, while briefing the Minister of Home Affairs, Stephen Kampyongo, about the goings -on, narrated that the suspected criminals seemed to be disappearing while being  chased by police, apparently associating that with black magic.

Katanga recounted that when police rushed to one of the townships in the area, where a suspected attacker was, they were told that he had entered the ceiling, but the paramilitary could not see him, but instead only saw a cat, which later disappeared.

She added that similar incidents happened in other parts of the town.

“Yesterday, when we were checking, we said now we are going to kill one cat. We tried to fire at one, [but] the cat started reducing [shrinking],” she told the minister. “But sir, we’ll get there!” she added jokingly, as the minister and his entourage burst out laughing.

Katanga however maintained that as opposed to being ritual killers, this was just a group of criminals, with a well orchestrated move or common goal, fighting something, even though other interest groups could not be ruled out.

“If they were ritual murderers, they would have been finishing people [off], but it’s like they [just] want to trouble them, because sometimes they are going back to the same houses, ” she observed.