What data breaches could we expect this year? 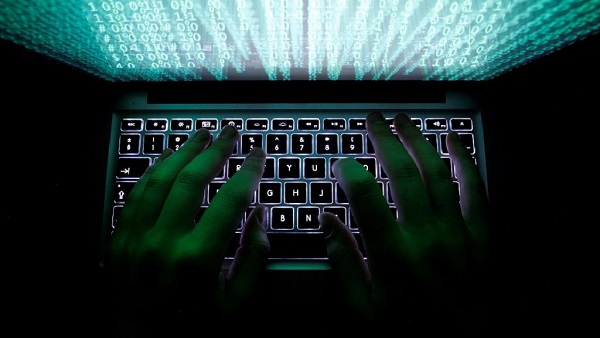 Ghana's chief justice, Kwasi Anin-Yeboah has gone into self-isolation in compliance with Covid-19 protocols. According to a circular to high court judges, the chief justice...
Read more

If the past couple of years have taught us anything, it’s that data is more insecure than ever.

As the world becomes more dependent on data collection and analysis, and the databases held by corporations and governments become ever more complex, data leaks are multiplying – with potentially damaging consequences for us all.

From CIOs of major companies to everyday Joes, data security is something that we need to be aware of.

And as 2020 gets underway, it’s definitely a good time to suggest a few forms that the year’s data breaches could take.

We can’t predict the future, but with a bit of analysis and foresight, we can put ourselves in a position to respond when data leaks occur.

The Health Sector is Going to Remain in Intensive Care

Firstly, leaks from the US healthcare industry are very likely to emerge as 2020 progresses. As the HIPAA Journal reports, the Department of Health and Human Services logged 494 health-related data leaks involving over 500 accounts in 2019. In total, over 41 million accounts were stolen by data thieves, causing a $4bn hit to the healthcare sector.

The same journal article reported that 96% of IT experts in the healthcare sector thought that threats were outpacing mitigation efforts, and a shocking 92% of healthcare organizations had absolutely no full-time cybersecurity staff.

The problem is completely endemic in the sector, representing a constant danger to patient records. According to BlackBook Research, 93% of the 733 healthcare bodies it surveyed in 2019 stated that they had been targeted by data thieves in the past four years. But there’s scope for expansion. Apparently 10% of patient records have been affected. That’s bad, but it could get worse.

Social Media is Likely to Share More than Users Expect

Social media is another fertile area for data thieves that’s sure to see crippling data leaks in 2020. 2019 was a terrible year for Facebook in particular on the data front, as the social network suffered numerous exposures.

In one worrying case, over 400 million phone numbers linked to Facebook accounts were found online, ready for scammers to use. According to TechCrunch, these numbers were easily linked to Facebook IDs, enabling account access. With security like that, data breaches in 2020 are a foregone conclusion.

Alarming data practices have been exposed at Snapchat (where employees have allegedly been routinely spying on user activity). Yahoo famously settled a vast data breach in 2019 which affected 3 billion accounts. And 2019 also saw a huge trove of over 700 million email addresses appear online.

What does this mean for everyday social media users? Basically, don’t assume that your data is safe, or your activity is private.

Incidentally, you can avoid surveillance and privacy breaches by heading over to VPNpro to find a reliable Virtual Private Network. But in general, being cautious about sharing personal information on social media is highly advisable.

Travel Companies Could Be Among the Highest Risks

But what if you decide to travel the world and avoid the risks back home? Sadly, there won’t be any way to escape the risk of data theft in 2020, no matter where you go, because the tourism and travel industry is among the leakiest of all.

In 2019, worldwide hotel chain Marriott gave us a sneak peek of the state of cybersecurity in the hospitality sector. In November 2018, the company came clean about massive data theft, affecting 500 million customer credit cards, passports, addresses, and even dates of birth. As a result, European authorities fined the chain around £100m ($130m).

What’s so worrying about the Marriott leak is the way hackers had access to the company’s back end from 2016-2018. During that period, intruders could siphon off personal information, and the staff seems to have had no idea.

However, don’t get the idea that Marriott is alone. Hilton has suffered similar breaches, as has Wyndham – which is currently under the supervision of US authorities due to lax security practices. Even tech-savvy Airbnb has experienced complaints from users about accounts being hacked by fraudsters.

The bottom line is that the tourism sector is behind the curve when it comes to security, and further leaks are almost locked in as vacation season begins in 2020.

Political Leaks are Back on the Agenda

2020 happens to be an election year in the USA, and that means one thing: data theft is back in the public eye. If you recall, 2016’s campaign was heavily affected by data leaks from the Democratic National Committee, and from Hilary Clinton’s own emails.

Those leaks were released via WikiLeaks, but foreign hackers are suspected to have been responsible. And similar actions are likely to take place in 2020.

In late 2019, the UK election was marred by allegations that Russian hackers had stolen data from US-UK trade negotiations, and posted it on Reddit as part of a disinformation campaign. Whether or not the leaks were genuine, this kind of strategic information release could well hit either the Democrats of Republicans as the US election nears.

While this type of leak isn’t as immediate as a breach at your HMO or hotel provider, it’s a big deal for democracy. How many more elections can be tainted or stolen via data manipulation before people start to question whether elections can even be held at all?

Overall, the takeaway is pretty simple. Data leaks are going to continue in 2020 until companies and public bodies invest properly in cybersecurity, and tools like VPNs become used by the majority of web users. For now, though, expect a burst of data breach stories – and be very careful about who you share information with online.

Social media giant, Twitter has announced that it would give users edit button to their tweets only on one condition. According to a statement on...
Read more
Science & Technology

Facebook's messaging service WhatsApp on Monday announced that it has launched its own payment system for users. In a blog WhatsApp said "We’re excited to...
Read more
- Advertisement -

Ghana's chief justice, Kwasi Anin-Yeboah has gone into self-isolation in compliance with Covid-19 protocols. According to a circular to high court judges, the chief justice...
Read more
Business

Kenya’s sports and culture minister Amina Mohamed will run to be the next Director-General of the World Trade Organization (WTO), a spokesperson said on...
Read more
Africa Feeds

Kenya’s sports and culture minister Amina Mohamed will run to be the next Director-General of the World Trade Organization (WTO), a spokesperson said on...
Read more
World

American rapper Kanye West, a vocal supporter of U.S. President Donald Trump, announced on Saturday that he would run for president in 2020 in...
Read more