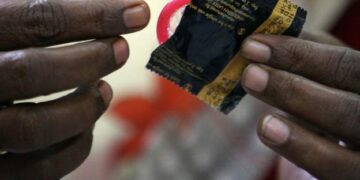 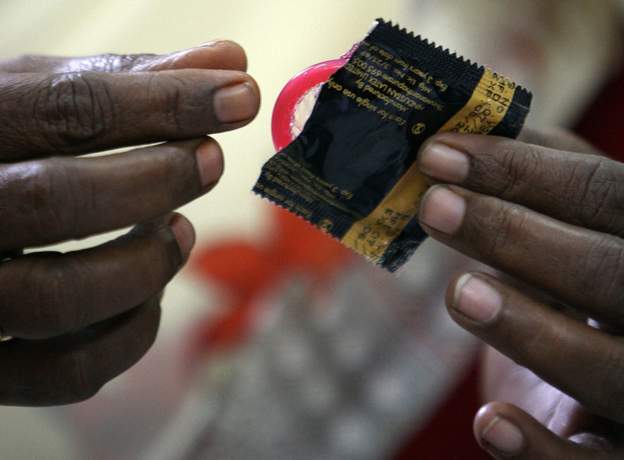 A majority of the respondents said they used a condom to prevent sexually transmitted diseases. Photo: Getty Images

A new survey carried out by NOIPolls showed that 66 percent of Nigerian adults do not use condom during sex.

Only 34% of adult Nigerians according to the national poll results use condoms during sex.

NOIPolls survey results also revealed that only 28% of the general population that uses condoms do so consistently.

The findings show that although it was easy for people to purchase condom if needed, majority prefer not to.

The group said in a statement that “further findings revealed that accessibility of condom is high, for instance, the survey showed that 82 percent of Nigerians mentioned that it is very easy to purchase condom in their locality.”

The data was drawn from 1,000 adults out of Nigeria’s 200 million population.

The survey was conducted in partnership with Nigeria’s Aids Healthcare Foundation (AHF) and the National Agency for the Control of Aids (Naca).

The study was being conducted to mark International Condom Day which was marked on 13 February. 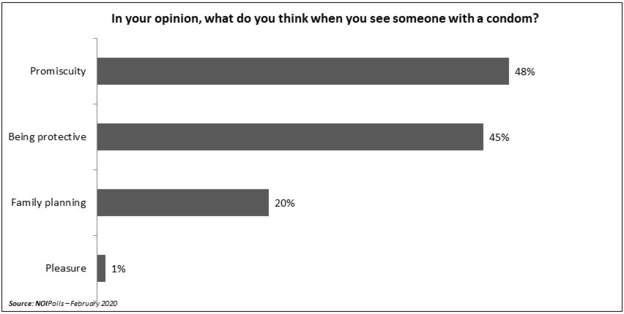 Chike Nwangwu, NOIPolls CEO, said religion and a partner’s refusal were the common reasons for the non-use of condoms.

The group’s statement revealed that “of the 66 percent of the general population that stated that they do not use condom, the main reason cited by 34 percent was that it is against their religious belief.”

Nwangwu told the BBC that “With regards to perception and attitude on condom, 63% of Nigerians stated that the first thing that comes to their mind when they hear the word condom is sexual pleasure, while 45% disclosed that they instantly think of promiscuity when they see someone with a condom”.