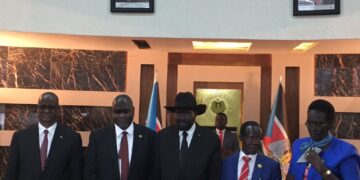 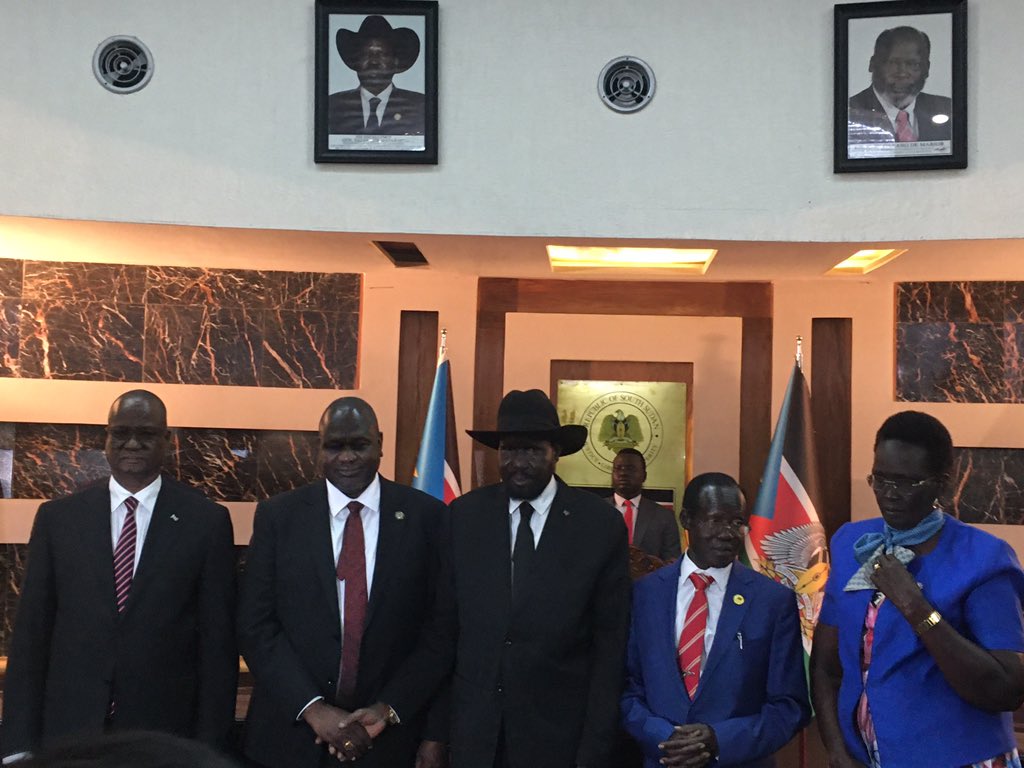 President Kiir (M) with other sworn in vice presidents

Former rebel leader of South Sudan Riek Machar has been sworn in as first vice president at a ceremony on Saturday.

This is a significant process in the formation of a unity government, a move that could definitively end years of fighting in the country.

Three other vice presidents were also sworn in as South Sudan political leaders race against time to meet a deadline to form the unity government.

Per the deal former Vice-President Machar is to return to his former position after he was sacked by President Kiir.

The transitional government would govern for three years.

#SouthSudan’s four out of five VPs about to be sworn in to start the ‘revitalized’ transitional government of national unity. pic.twitter.com/Z5ITuwjxOq

On Thursday Riek Machar promised that a unity government with President Salva Kiir will be formed on Saturday after the two leaders held a meeting.

In December 2019, both leaders reached a deal to form a transitional unity government.

The two rivals vowed to form the said unity government even if they fail to resolve all their differences.

President Kiir and Riek Machar were to form a unity government as agreed in a peace deal by November 12, 2019.

But both parties failed to meet this deadline delaying the unity government for 100 days beyond the Nov. 12 deadline.

A breakdown in relations between President Salva Kiir and his former vice president, Machar sparked a civil war, killing hundreds of people and displacing millions.

South Sudan gained independence in 2011, shortly after fighting broke out for two years when President Kiir sacked his then deputy Machar.

African experts say the continent is 'paying too much for debt'