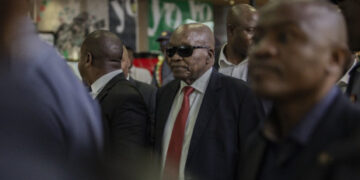 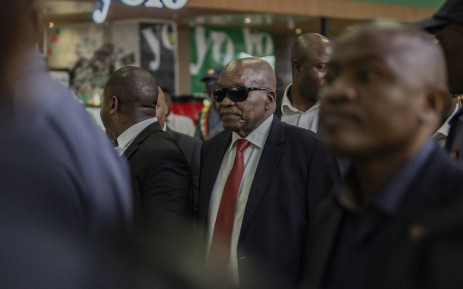 Former South African President Jacob Zuma on Saturday returned home from Cuba where he had gone for medical treatment.

Early this month a South African court issued an arrest warrant for Jacob Zuma after failing to appear in court for his corruption trial.

His lawyers had claimed that Mr. Zuma was sick and in need of medical treatment.

The lawyers presented the judge with a sick note from a military hospital.

But the State prosecutors raised questions over Zuma’s medical note submitted to the court.

The judge however questioned whether the medical note was valid or even written by a doctor.

The court ordered that Zuma be arrested only on May 6 if he fails to show up in court for the resumption of his corruption trial.

Zuma arrived at OR Tambo International Airport on Saturday afternoon and told his supporters that his absence from court was not intended to evade justice.

He said he had to receive medical assistance because his health remains a priority.

“I’ve taken the decision that my health is very important and that the doctors must examine it.”

Zuma said he was genuinely sick and was not trying to avoid his day in court: “The reason I’m wearing these sunglasses is that there is something wrong with my eyes. When there is too much light, they get affected.”

In 2018 the South African National Prosecuting Authority (NPA) announced that the country’s former president would be facing prosecution for 18 charges of corruption.

Jacob Zuma according to the NPA boss would be facing charges including 1 count of racketeering, 2 counts of money laundering and 12 counts of fraud.

African experts say the continent is 'paying too much for debt'