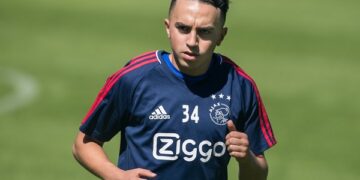 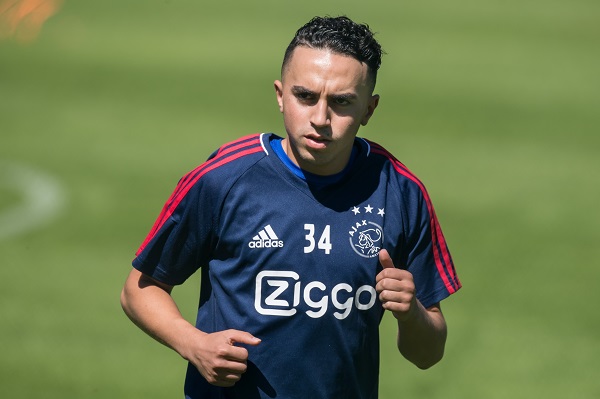 Nouri is out of the coma he was in for almost three years after collapsing on the pitchCredit: Getty - Contributor

AJAX star Abdelhak ‘Appie’ Nouri has woken up after two years and nine months in a coma.

The 22-year-old Dutch ace collapsed on the pitch in July 2017 after suffering a cardiac arrhythmia attack.

He sustained severe and permanent brain damage as a direct result of the incident.

Dutch website AD say Nouri is now awake and that he “sleeps, eats, frowns and burps but is very dependent”.

Footballer shot and killed in Amsterdam

Abdelhak’s brother Abderrahim told AD that the footballer is “doing well” and lives in a house specially built for him.

The pair communicate not through words or signals but through raising their eyebrows.

Perhaps the most heartwarming news of all is that he can watch football again, and even reacts to it.

His father Mohammed said Appie and his family had been through a “serious ordeal”.

He added: “We have to take care of him at our very best. We try to do a lot ourselves.”

The news is all the more miraculous given the fact the family said in July 2017 that he had virtually no chance of recovery and was in a permanent vegetative state.

Abderrahim said back then: “He cannot walk, cannot talk, he does not recognise us, does not know who we are. He does not feel anything, he does not hear anything.

“According to the doctor he can never do all that again, he will never heal.”

But incredibly, Appie is back communicating and spending time with his loved ones.

And even more remarkable is the fact he played a part in former Ajax star Frenkie de Jong’s arrival at Ajax and subsequent transfer to Barcelona.

De Jong said: “He talked to me a lot in a summer.

“When I sat with him, his mother came in. She then asked Appie, ‘Appie, where should Frenkie go? To Barcelona?’ As soon as she said that, his eyebrow rose. That was a very special moment.”

Nouri was considered the next Ajax superstar when he collapsed during a pre-season friendly against Werder Bremen in the Austrian Alps.

Before the match at the small Lindenstadion Hippach, around 45 miles from Innsbruck, Appie had complained of stomach and pains and not slept well.

The heat was stifling that day, but still he played, replacing new Chelsea signing Hakim Ziyech at half-time.

It was in the 72nd minute that he slowed, gently lowered himself to the ground, then turned onto his back and stared into the sky.

It took 10 seconds for the referee to realise that he was down and needed urgent medical help.

Another 10 seconds passed before the Ajax physio arrived. Then, 35 seconds after he had gone down, the club doctor was alongside Nouri.

When Ajax striker Klaas-Jan Huntelaar panicked, the Werder Bremen players reacted in shock and their own team doctor rushed onto the pitch to help too.

Pictures showed a screen being put up around Nouri as they attempted to help him – but clearly they were fearing the worst.

Local doctor Daniel Rainer rushed to the stadium to help too and said that after 13 minutes of treatment Nouri had a heartbeat and was breathing.

Nouri was then urgently flown to a nearby hospital by helicopter and placed in an induced coma.