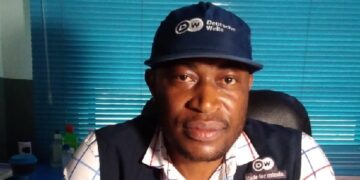 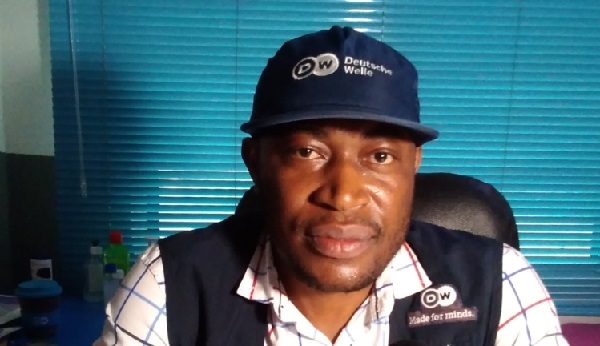 A female military officer in Ghana’s Ashanti region has reportedly attacked and beaten up a reporter for German broadcaster Deutsche Welle.

According to local media reporting, Ganiyu was attacked by the female soldier, Second Lt. Betrot Ampoma whilst reporting on a clean-up exercise at Aboabo-Akorem.

He said the military team confronted him over a report a colleague of his local media house had filed on alleged brutality against a 71-year-old man by the security personnel at Aboabo.

Ganiyu told local news outlet JOY FM that “I saw a military patrol team passing by. There is a woman who came out and said I should come so I went to her. She said you are the one, I spoke with you on the phone the other time.

I said I don’t know your number how should I know you are the one who called me. She told the other guy they should arrest me and I said for what?

Tell me my offence before taking me. She slapped me; she slapped me and it was a shock. Then it started becoming something  else.”

Ganiyu said it took the intervention of the MCE for Asokore Mampong, Alidu Seidu, for the soldiers to let him go after seizing his mobile phone.

“The Honourable Alhaji Alidu Seidu came there; he spoke with the woman and I don’t know what happened they asked me to get down from the car but they took my phone away and I went to the Kumasi Central Police station to lodge a complaint.”

In a letter to Ghana’s information minister, DW’s Head of Corporate Communications and Spokesperson PR and Communications, Christoph Jumpelt called for justice for the journalist.

Jumpelt said in the letter that “I am kindly seeking your valued assistance in having this this matter investigated and making the responsible persons accountable.

We demand that all journalists in Ghana can freely exercise their professional duties. Freedom of expression and the freedom of the press must be ensured.”

Meanwhile Ganiyu has been quoted by JOY FM as saying that he will not pursue the case despite suffering severe pain.

“I have come to a conclusion. I will not go [to report it] anywhere. It won’t work; it never worked. There is no law and order in Ghana. It won’t work so I will take it as one of the hazards a journalist will face because it won’t work. It would not work so I have given it to God,” he said.

Ghana in recent times has reported of several instances of police and military brutalities against journalists.

In some instances journalists have faced threats that resulted in some being killed in their line of duties.