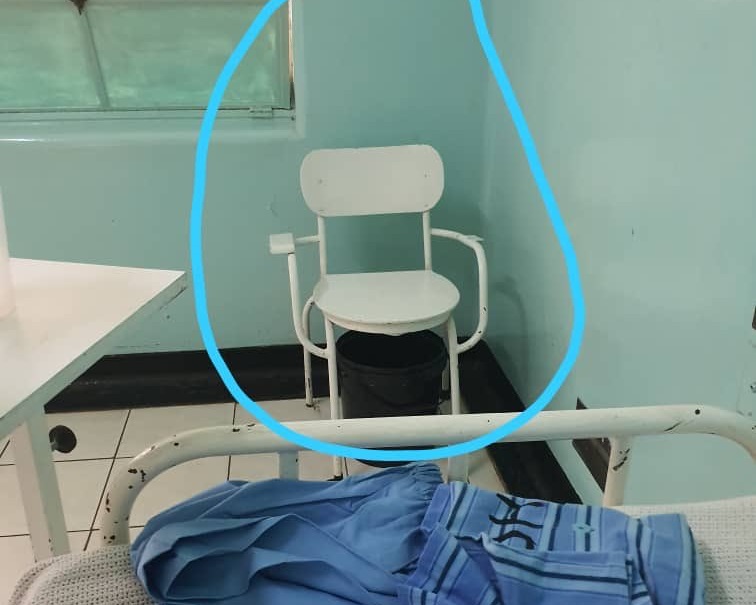 It has emerged that the Zimbabwean journalist, Zororo Makamba who died of Coronavirus was isolated in terrible conditions.

Makamba had no water and proper lavatory facilities and resorted to using a bucket as a toilet.

He also kept telling friends and family members that he was alone and scared and health staff refused to help him.

Zororo Makamba, 30 years of age was the second person to test positive for Covid-19 after travelling to the US.

He was diagnosed with coronavirus on Saturday, but his condition deteriorated rapidly, according to reports.

His death is the first in Zimbabwe as the country steps up its effort to contain the spread of the virus.

But an African documentary film maker and Zimbabwean journalist, Hopewell Chin’ono shared on twitter the last pictures of the conditions the journalist died in.

The pictures of Makamba’s hospital condition tells of the potential threat the coronavirus could bring to bare on Zimbabwe’s health system if more cases are recorded.

.@ZororoMakamba has been laid to rest this morning at the Makamba family farm.

These are the last pictures of his room at Wilkins that he sent out.

At 5am on Sunday, he called the president in desperation
MHSRIP pic.twitter.com/dJwYUuR7B3

Zororo Makamba’s death shows that the coronavirus after all can kill younger people and not the elderly alone.

He was a journalist, broadcaster and film-maker and visited the US late last month, returning to Zimbabwe via South Africa.

Mnangagwa & his crooks have looted billions from the State using Sakunda & many such companies!

Today they fail to buy a ventilator which costs US$7000

They are EVIL!
Now those that used to insult me know it too

The international community should step in or else we will perish pic.twitter.com/CrfAZidQh7

Several restrictions have now been rolled out in Zimbabwe including travel bans.

Public gatherings including religious activities have also been banned.

Tanzania President orders the lifting of ban on media outlets

President Samia Suluhu Hassan on Tuesday ordered the lifting of ban on all media houses in the country. The President has instructed the Ministry of...
Read more
Special Reports

Four United Nations peacekeepers have been killed by suspected jihadists in the north of the country. The UN mission in Mali said several others were...
Read more
- Advertisement -

Steam therapy will remain a key way of fighting the Covid-19 pandemic in Tanzania after the country's top referral hospital, Muhimbili said it was...
Read more